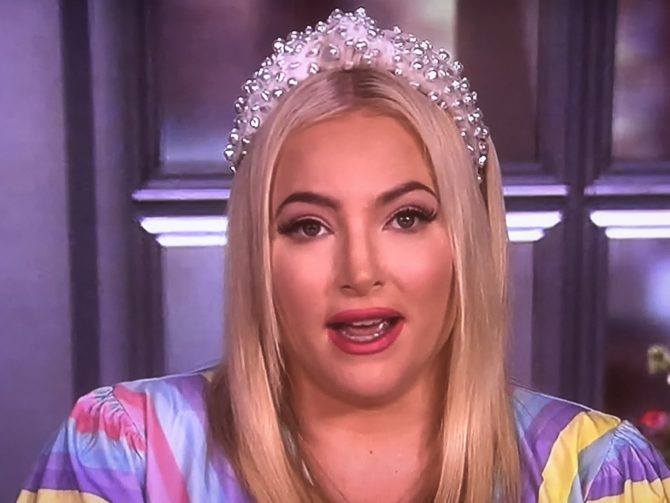 “I’ve been on Twitter 13 years which is, like, a really long time to be on Twitter,” McCain said on The View. “I’m actually thinking about quitting it.”

“I have a lot of followers on there and it’s been an incredible, you know, platform, to, you know, talk to people and read the news and everything, but definitely in the past year, since the pandemic, it’s become a noticeably more darker, uglier place.”

She added that she finds it “disturbing” to see some of the things people write online and that they can do “real damage” to a person’s mental and emotional health.

“So, stay tuned!” she concluded. “When I leave the show I may quit Twitter the same day!”

“When I leave this show, I may quit Twitter the same day.” pic.twitter.com/7WF6VECvOZ

And the whole world wept.

Here’s how people are responding to McCain’s threat…

Meghan McCain will not only just quit the show, she will possibly leave Twitter. Let’s pray on it. #TheView pic.twitter.com/Hh4ZboA02S

LOLOL Meghan McCain says she may quit Twitter after she leaves #TheView pic.twitter.com/JoBbpYbjNg

Republicans like Meghan McCain were perfectly fine with twitter until we started calling out their racist comments, white supremacist empathy and misinformation during a global pandemic. #TheView pic.twitter.com/BoL521Tkq3

Hey @MeghanMcCain Quit the show and Twitter the same day. Go for it Dear. I don’t follow you on Twitter and I surely won’t miss you on The View. #TheView pic.twitter.com/U8yGtJQgYM

@MeghanMcCain is not only leaving #TheView, but she is leaving Twitter! Confetti!! pic.twitter.com/mxKklkcA6E

After her threat failed to elicit the response she was hoping for, McCain took to Twitter to double down on it, calling her followers “assholes” and saying people were going to miss her when “I’m gone in 3 weeks.”

“Some of you assholes who spend your pathetic existing writing and distorting what I say every SINGLE day on the view really better start thinking of an exit strategy on how you’re gonna get your clicks and hits when I’m gone in 3 weeks…” she wrote.

Quick fact check: McCain’s last day on The View is July 30. That means, if she really does plan on quitting Twitter the same day, she’ll be gone in less than two weeks, not three.

Also, the irony of using Twitter to announce she’s quitting Twitter is clearly lost on her. As is calling people “assholes” and “pathetic” after whining about how the platform has become a cesspool of nastiness and negativity.

But we wouldn’t expect anything less of John McCain’s daughter.

And, again, the responses…

Whoa! Grammar check! “existing” s/b “existence”
“the view” should be “The View”. Clearly the clicks are having an effect. When you leave The View you won’t be an issue right? Meghan go out gracefully.

He’s another good example of you overestimating your importance. Twitter will survive without you, Meghan. You can rest easy on that one.

You are the one who is distorting facts with your right-wing propaganda bull crap. I don’t call it out for clicks, I call it out so others would realize the lies from conservative pundits like yourself.

Don’t want to be held accountable? Don’t be a public figure.

Well, you’re being especially charming today aren’t you? Have you ever thought, just stay with me for a minute here please. That maybe if you didn’t lie, manipulate, deflect, attack, and degrade others they wouldn’t have anything to write. Just a suggestion. 🤷‍♀️🤷‍♀️🤷‍♀️

I’m just glad we don’t have to listen to you vomiting your husband’s white supremacist talking points from The Federalist.

I will miss your hairstyles, they are always good for a laugh.

We are assuming you’ll follow in Megyn Kelly’s footsteps. But honestly, I don’t really care.

Well aren’t you a charmer. Nothing says exiting with grace better than a bitter bratty rant on social media. I’m sure 3 weeks will feel much too long for most of us. Bye.

P.S. Not to put a damper on things, but we’d be remiss not to mention that McCain has threatened to quit Twitter many times before, and she’s never actually followed through. Still, hope springs eternal.