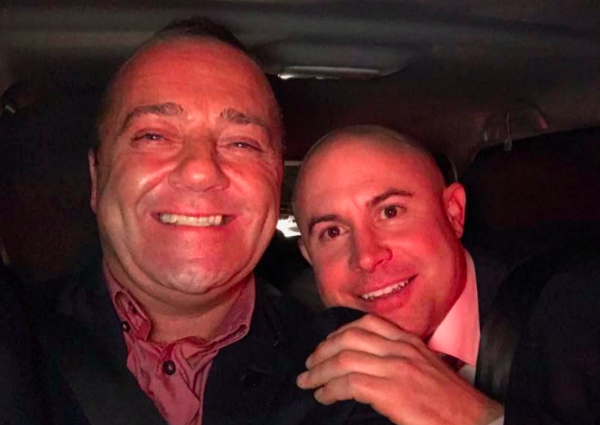 A gay couple from Derby, England says they’ve been dealing with a homophobic neighbor who has been terrorizing them for years, and police have done nothing to help.

Michael Killackey recently spoke at a Hate Crime Scrutiny Panel meeting to share about the six years–six years!–of abuse he and his partner have suffered at the hands of a deranged neighbor lady.

Among the list of offenses included receiving a note in their mailbox that read: “The cure to AIDS? Kill gay people” and being called “pedo scum” among other antigay slurs.

“I’ve been called f*cking pedo scum and even spat at,” Killackey recalled at the meeting.

He also said the neighbor would send male sex workers to the couple’s home.

“A man came to my door and I said ‘What are you here for?’ and he just said ‘I must have got the wrong address’ but I saw his phone and noticed he was from an escort site.”

Another time, she ordered unwanted takeout from 17 different restaurants delivered to their home.

“Chinese, Indian, pizza…you name it. We just kept telling them that we didn’t order it.”

But one thing in particular was especially disturbing. It involved the woman smearing human feces all over their front door.

“It was just shocking,” Killackey said. “I didn’t know what to do. I have been subject to the most vile abuse imaginable.”

Killackey told the panel that he contacted police on several different occasions, but they refused to intervene.

“I kept being batted away with the excuse of mental health and that the neighbor suffered with mental heath issues,” he said.

“I fully understand that but why was she living independently and what about my mental health, having to put up with it?”

Thankfully, the woman eventually moved away and Killackey claims the abuse stopped.

Inspector Rich Buxton of the Derbyshire Police, who was also at the meeting, admitted that, while he did not personally know about the situation between Killackey and his neighbor, he did think the police response was “disappointing”.

“It appears that it could have been handled far better but that’s why we are here today because hate crime is becoming a larger part of what we do,” he said.

“We get many more reports of hate and people report it to us. That’s what we’re there for. I accept that hate crime has not been dealt with in the past as it is now but that is changing.”