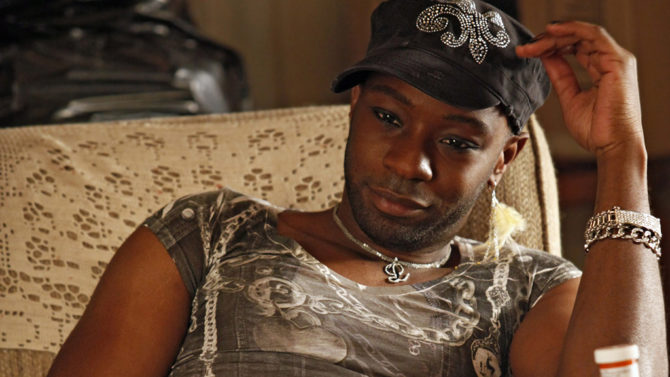 Nelsan Ellis, most famous for his long-running role as Lafayette Reynolds, the most fabulous queer line cook on the planet, on HBO’s True Blood, has died at the age of 39.

The performer passed away after complications with heart failure.

“We were extremely saddened to hear of the passing of Nelsan Ellis,” HBO said in a statement. “Nelsan was a long-time member of the HBO family whose groundbreaking portrayal of Lafayette will be remembered fondly within the overall legacy of ‘True Blood.’ Nelsan will be dearly missed by his fans and all of us at HBO.”

Related: Remembering Nelasn Ellis as a champion of gay rights, on ‘True Blood’ set and off it

True Blood creator/executive producer Alan Ball put out a statement of his own as well: “Nelsan was a singular talent whose creativity never ceased to amaze me,” said Ball. “Working with him was a privilege.”

Octavia Spencer, who appeared with Ellis in The Help, seems to have broken the news of the death on Instagram Saturday morning, writing: “Just got word that we lost (Nelsan). My heart breaks for his kids and family.”

Ellis also appeared in Elementary, Get On Up, The Stanford Prison Experiment, Little Boxes, and Lee Daniel’s The Butler.

Subscribe to Queerty for a daily dose of #life #nelsanellis #r.i.p. stories and more

haunted by the past
19