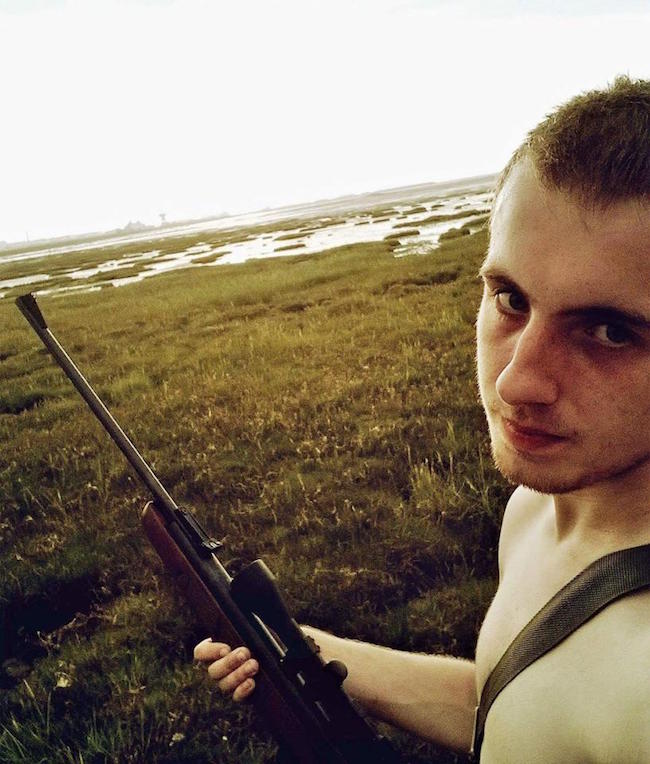 Back in June, Ethan Stables was arrested before realizing a “murderous attack” he’d planned for a Pride celebration in Cumbria.

The 20-year-old, a white supremacist, intended to slash at attendees with a machete in Barrows-in-Furness, his hometown.

Stables shared his plan with a far-right-leaning Facebook group, and a member happened to see the message, issued a warning on Twitter, and called the police.

“I’ve had enough,” Stable allegedly wrote in a group chat. “I don’t want to live in a gay world and I sure as hell don’t want my children living in one.”

Now Stables is denying he planned any sort of terroristic attack, telling the court he’s not homophobic at all.

He says he’d written the posts simply to get a rise out of friends, adding: “Actually I am bisexual.”

Related: Neo-Nazi’s plan to massacre gay people foiled after he brags about it on Facebook

BBC News reports Stables talked about a sexual experience he’d had with another man. He claimed he was worried about opening up about his bisexuality because he didn’t know how his family would react.

Sandiford said the assertion that Stables merely wanted to impress friends was “nonsense,” and asked why Stables’ alleged bisexuality had never been mentioned before.

“Between 2016 and his arrest in 2017,” Sandiford said, “he was planning and preparing to commit acts of terrorism directed towards members of these groups but, primarily, directed towards people who were lesbian or gay”

“His purpose in these acts of preparation was to launch a murderous attack on members of these communities – in particular, the prosecution suggests, people who were gay.”

According to reports, Stables had been researching weapons for months, including how to build explosives and firearms.

He’d allegedly stockpiled several weapons including knives, an axe, a machete, an air rifle, and a ball bearing gun,  and bought these weapons after becoming “enraged” about the Pride event in his hometown.

Stables’ lawyer, Patrick Upward QC, calls him a “fantasist” and says he has Asperger’s Syndrome. He also mentioned an openly gay uncle and a black best friend.

The trial is ongoing.