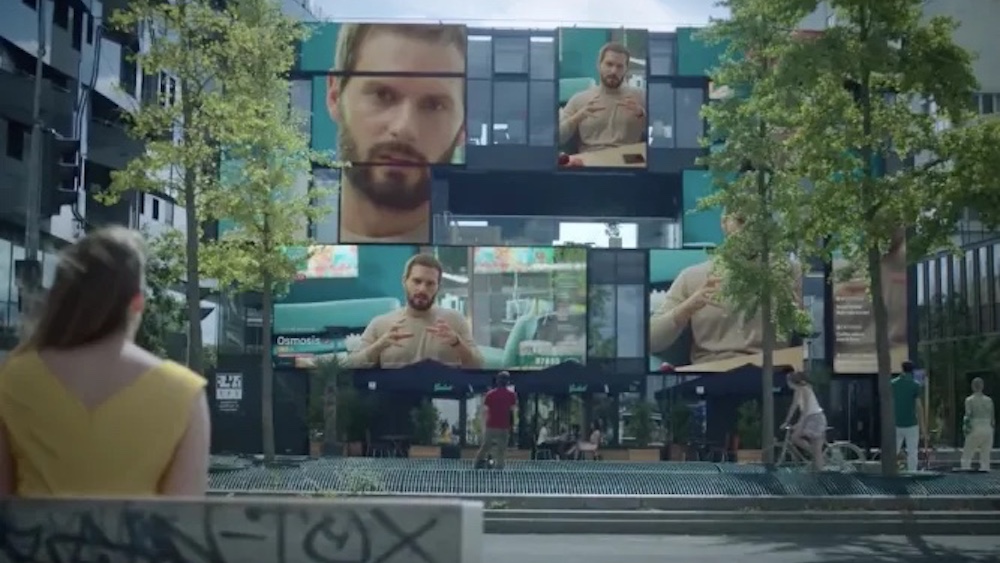 Dating sucks. But what if there was a high-tech app that helped you use first-hand experience to find true love—would you use it?

Before you answer, you might want to check out Osmosis, a Netflix original series that explores this very question.

The series, which premieres March 29, is French-language dystopian thriller that follows several Parisians—one of whom is a gay man—who use a dating service called Osmosis to try find their soulmates. The app consists of a wrist-implanted dial that allows people to track their romantic feelings along with a pill that helps track mood and physical responses.

That might sound great at first, but it turns out that Osmosis also causes digital hallucinations that could short circuit your brain and freak you the fugg out. That and, the entire system seems to have a meltdown because whoops. Osmosis also seems to have a big by only taking positive feelings into account, when real love isn’t always nice and happy. (Sometimes it feels like suffocating with a bag over your head.)

Either way, if some future tech peddler comes your way offering you a foolproof solution for finding a soulmate, you might want to think twice, as the trailer below illustrates:

The episode was described as “an hour-long metaphor for dating,” in which:

Everyone lives in a community of young, relatively attractive people who have no jobs or other purpose in life than to serial date until they find “the chosen one.” The entire dating process is overseen by a somewhat cold handheld assistive device called a “coach” that tracks who you’ll be with and for how long, even if you have no actual interest in your partner.

Ultimately, the metaphor wears thin and the “coach” ends up being quite heartless and manipulative (this is Black Mirror after all). But it’ll be interesting to see how well Osmosis involves its gay character and whether he fares better than the straight guy and bi woman in “Hang the DJ.”