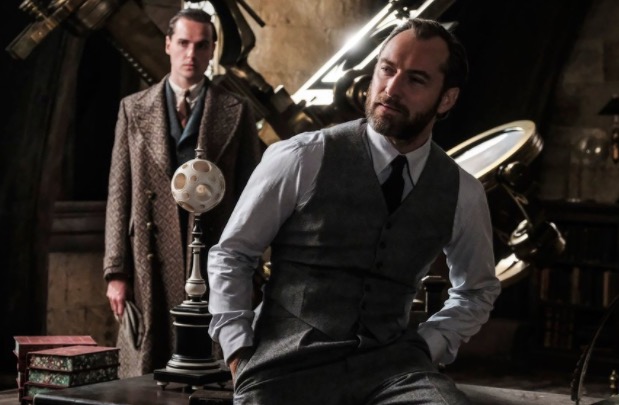 Ten years ago, author J.K. Rowling raised an eyebrow or two when she outed Albus Dumbledore, the wise old wizard in her moderately successful Harry Potter franchise. She revealed that Dumbledore was once in love with another wizard–Gellert Grindelwald–until the two had a major falling out and Gellert went to the dark side.

The next Fantastic Beasts film, which will be released later this year, introduces a young Dumbledore (Jude Law) as he pursues Grindelwald (Johnny Depp).

The film, called The Crimes of Grindelwald, begins after the two have had their epic falling out, with Dumbledore pursuing the now-fugitive Grindelwald in Paris.

But what would have been an amazing opportunity to explore the complexities of love, lust, desire, morality and loss will be no such thing.

The movie will entirely avoid the fact that Dumbledore had romantic feelings for the man he is now trying to apprehend.

When asked whether Dumbledore’s sexuality would even be mentioned at all in the film, director David Yates said:

“Not explicitly. But I think all the fans are aware of that. He had a very intense relationship with Grindelwald when they were young men. They fell in love with each other’s ideas, and ideology and each other.”

Talk about a missed opportunity.

“[Dumbledore’s] a maverick and a rebel and he’s an inspiring teacher at Hogwarts. He’s witty and has a bit of edge. He’s not this elder statesman. He’s a really kinetic guy. And opposite Johnny Depp as Grindelwald, they make an incredible pairing.”

The dynamic would make for a better story, adding to the poignancy of Dumbledore having to hunt a now-evil Grindelwald across what is arguably the world’s most romantic city.

Rowling first outed Dumbledore in 2007, telling fans, “I always thought of Dumbledore as gay. Dumbledore fell in love with Grindelwald, and that added to his horror when Grindelwald showed himself to be what he was.”