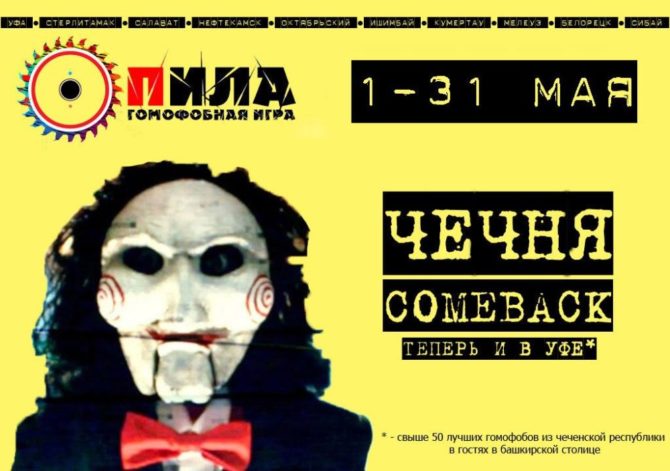 A website encouraging people in Russia to reveal the identities of LGBTQ people for torture is set up as a “game” inspired by a horror film.

The site is called Saw, named after the Saw movie franchise, and is billed as “Chechnya’s Comeback.”

It launched this year, and already at least three men have reportedly been violently attacked as a result.

The three victims are speaking out through the Russian LGBT Network to share their stories, saying there are likely more men who’ve been targeted but are afraid to identify themselves.

A report on Gay Star News describes how the twisted site operates.

Users “report” people they suspect are queer by uploading photos and submitting personal information and identifying details on how to find them. 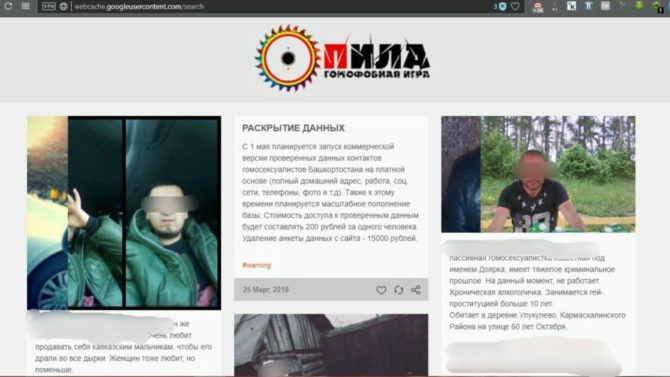 The site’s founders hope to compile a database of LGBTQ people in the country, complete with addresses.

And it somehow gets even worse.

Visitors to the site will be able to search the database for 200 Russian Rubles (around $3.25).

People who are in the database will also be able to have their information removed for a fee of 1,500 Russian Rubles (around $24).

The site describes the setup as a “game” that’s planned to take place in the month of May in Ufa, south-east Russia.

Since it was discovered, access to the site has been blocked, but it continues to be discussed on social media, causing many to fear the attacks will continue.

“This is terrifying. I’ve never seen anything like this. The killing and torturing of gay people, they call it a game,” said Mikhail Tumasov, the chairman of the Russia LGBT Network.

“It’s the first time we have seen an organized approach to homophobic violence, it’s very dangerous.”

He added this warning:

“Be very careful about online invitations to date, make sure you have a friend coming with you if you are meeting someone online for the first time.”

Antigay violence has been on the rise in the area since last year, with Chechnya’s so-called “antigay purge” bringing widespread persecution.