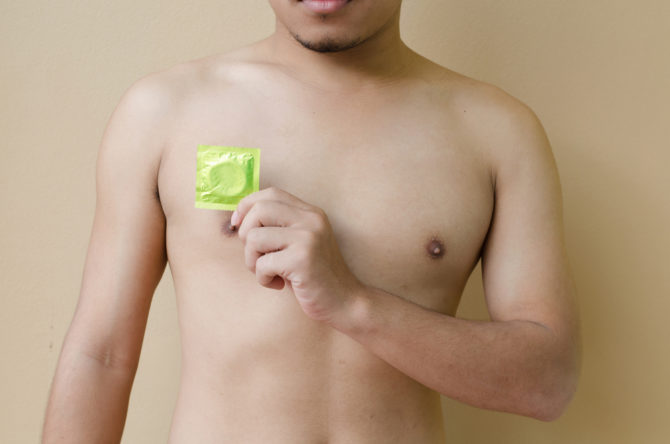 “We all measure risk differently,” David Stuart, who works at a clinic that specializes in services for gay and bisexual men, says. “Some only associate risk with HIV; others consider all STIs to be a potential risk. For others, risk is measured by rejection for not being sexy enough, fit enough or interesting enough.”

Related: Is The Rise Of Truvada The Fall Of Condoms? Survey Says Yes.

Despite the majority admitting their last sexual encounter was without a condom, this did not always indicate unprotected sex was necessarily dangerous. Same-sex couples who are married or in committed long-term relationships may choose not to use condoms when having sex with each other.

Then, of course, there are guys on PrEP, which protects against HIV transmission but not other STDs and STIs.

One respondent, a 36-year-old man named Jimmy, said whether he uses condoms really depends on what his partner wants.

“It was with a couple of guys I’d met before,” he explains. “One guy barebacked me, the other wanted to use condoms—both were fine as I’m on PrEP.”

Jimmy added that he would not be against having sex with someone he knew was HIV-positive. “As long as they are undetectable, there is no risk. I’m on PrEP now, so the chances of catching it are significantly reduced.”