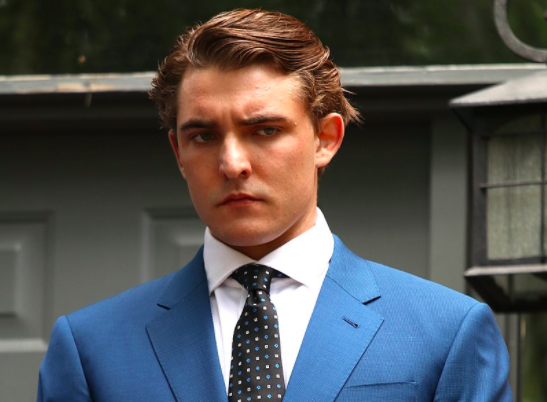 Professional troll/Only Fans star Jacob Wohl woke up to some crappy news this morning when he learned he’s been blocked from both Facebook and Instagram.

Wohl, who was also banned from Twitter last year, has a reputation for peddling right-wing conspiracy theories on social media.

This morning, the 22-year-old Trump supporter posted a statement on Telegram, one of the few remaining platforms that hasn’t banned him, saying: “Now that I’ve been banned by Facebook, Twitter, LinkedIn and Instagram, I no longer have any reservations about using their platforms to ‘manipulate the conversation,’ as they put it.”

He added, “Project 1599 will make Cambridge Analytica look like a middle school science fair project. The Democrats will wish they had just allowed me to post my shirtless selfies and hipster coffee shop tweets.” 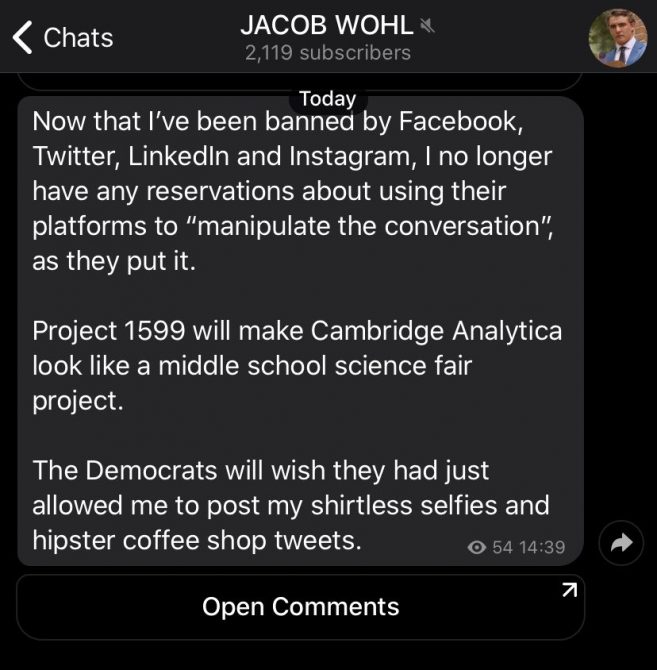 Then in August, Wohl was accused of seducing and then kidnapping former deputy White House liaison at the US Agency for International Development Merritt Corrigan, hacking into her Twitter page, and writing a string of homophobic tweets that later got her fired from her job. Wohl denied the allegations.

When he’s not busy causing trouble online, Wohl moonlights as an OnlyFans star. We use the term “star” very loosely, however, as he hardly has any “fans” and pretty much everyone who’s had the pleasure of seeing his content has been left, shall we say, unimpressed.

we signed up for jacob wohl's OnlyFans and did a whole episode about everything leading up to this pointhttps://t.co/ZIbGSITWT6 pic.twitter.com/uUj2IiU0RK

Wohl better be careful. At the rate he’s going, he’ll be banned from OnlyFans pretty soon as well. And then what’s he gonna do???