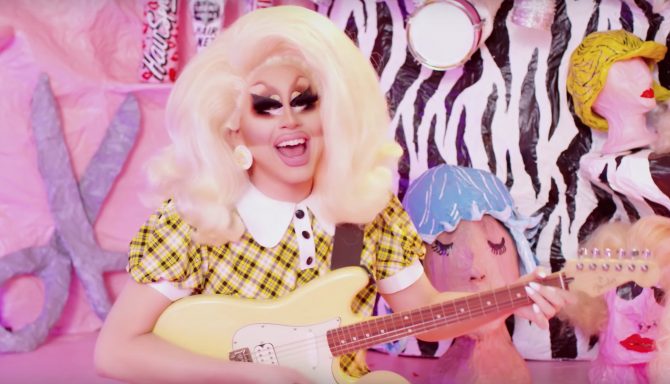 In case you couldn’t tell by the last decade of Drag Race’s rise to ubiquitous heights, drag has become big business. And now with the formation of a new partnership between the biggest drag queen management firm and a major music distributor, the industry is catching up.

Producer Entertainment Group (PEG), the firm and record label that manages some of the world’s biggest drag artists, has struck a deal with the Alternative Distribution Alliance (ADA), the global independent distribution division of Warner Music Group.

Under the new partnership, ADA will handle distribution of all new releases from PEG Records and manage PEG’s sizable catalog of dragtastic jams.

“This label partnership brings an unprecedented opportunity for drag artists to achieve even greater visibility and commercial success with their music,” David Charpentier, PEG’s President and Founder, said in a statement. “We could not be happier to begin working with our new partners at ADA, who understand the unique genre we’ve developed. ADA brings additional resources into our firm that will allow our label to continue growing via their incredible expertise and infrastructure.”

“We are so excited to be partnering with PEG,” added Eliah Seton, President of Independent Music & Creator Services, Warner Music Group. “Drag has had its own celebrated place in the entertainment industry for a long time, and shows like RuPaul’s Drag Race have created more visibility and taken this queer artform into the mainstream.”

PEG also puts out some of the most-watched drag videos on YouTube and VEVO, boasting more than 100 million collective views.

Here are a few of our favorites: