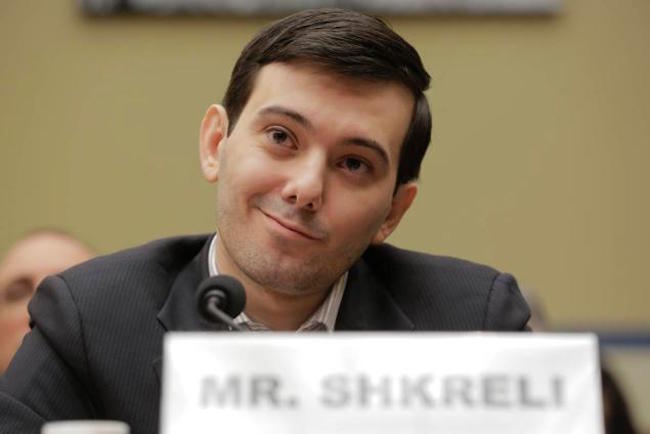 Self-proclaimed “Pharma Bro” Martin Shkreli allegedly made a series of homosexual sex claims in order to get in good with a potential investor, according to testimony heard in court on Tuesday.

Pink News reports he said he wanted to have sex with other men at work and sleep with male waiters, according to testimony by a former investor in his company.

Steven Richardson, an openly gay man who was formerly the human resources vice president for American Express, said Shkreli made comments “of a gay nature” in order to win favor with him.

He told jurors Shkreli “was starting to say certain things of a gay nature that started ?to worry me a bit”.

“I thought maybe he was saying things to me because he thought I would want to hear them.

He was saying things to me, like, ‘Maybe I’ll have sex with a guy in the office,’ or we’d be at a restaurant and there’d be a waiter and he’d say?, ‘Maybe I should hook up with him.’”

Richardson ultimately decided to confront the 34-year-old “Pharma Bro” about the comments, leading Shkreli into his bedroom after a night drinking.

He reportedly sat Shkreli on the bed and asked whether he was truly attracted to members of his own sex:

“I walked him into the bedroom and I sat him onto the bed with me.

‘Here you are in a gay man’s bedroom.’

‘Do you have any physical feelings for me?’

According to prosecutors, Shkreli moved money from his hedge fund MSMB Capital into his start-up pharmaceutical company Retrophin.

Defense lawyer Ben Brafman described Retrophin board members as buttoned-up businessmen who considered his client an “odd-duck” and questioned his sexuality.