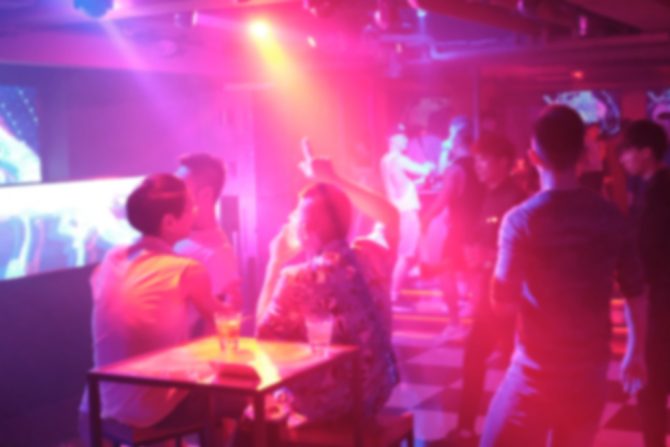 A popular DC gay bar is fielding accusations of racism after one of its bartenders wore a blackface mask to work last weekend.

Number Nine is a two-floor venue located at the heart of Logan Circle and a popular hangout for locals and tourists alike.

Last Friday, Cameron Burrell posted a photo to Facebook of one of its bartender, along with the caption: “DC PEEPS …THIS IS A BARTENDER AT *Number Nine* RIGHT NOW …LIKE, LIVE AND IN PERSON …SERVING UP!!! …This is a blackface mask! Racist cartoon! GOOGLE ***SAMBO***”

?DC PEEPS …THIS IS A BARTENDER AT *Number Nine* RIGHT NOW …LIKE, LIVE AND IN PERSON …SERVING UP!!! …This is a blackface mask! Racist cartoon! GOOGLE ***SAMBO***

Not long after the post began circulating, Number Nine issued a lengthy statement on Facebook acknowledging the incident and apologizing for the bartender’s behavior:

Last night, an employee at Number Nine wore a face mask that has been identified as a mask that is an artistic representation of “black face”. We are sorry that this happened and we want to thank those that brought this to our attention and we appreciate being held accountable.

It went on to say that the bartender had “no idea” the mask was racist and, as soon as he found out, “he was horrified and removed it,” a claim that has since been disputed by commenters on Facebook.

The statement also noted that the bartender’s co-workers also “did not know what it represented when he arrived at work wearing it.”

As a society, we are currently in a position to effect real change, tear down old systems, and build new ones. Part of that process is for everyone to be better. Better by participating. Better by learning about the issues that face our fellow citizens. Better by listening. Neither the employee nor his coworkers identified the mask as an issue and that is part of the problem. Now, we have heard the voices of many people and we are listening and learning.

But not everyone seemed satisfied with the statement. In fact, many expressed skepticism:

Then Yelp reviews of the bar resurfaced that showed it seems to have a history of making certain guests feel unwelcome.

“If you’re a queer/non-queer woman of color, or a queer man of color…come with backup,” a review written back in February warns. “I exclude white women from this bc there were plenty of them – queer/non-queer – who were greeted with friendly smiles right next to me.”

“I went in and sat at the bar for 30 minutes,” a review written in March of last year claims. “Left with no one noticing that they lost a customer. Not a place where women are welcome.”

“I’ve been here a few times (to try and give it a chance) but because I don’t look like the average gay guy (more masculine presenting, black and 6’6) almost every time I’ve come minus 1 person has made me feel like they don’t wanna serve me,” another review from June of last year alleges.

Other Yelp reviews, written over a five year period, accuse Number Nine of not serving a group of lesbians, making another lesbian feel “worthless,” completely dismissing women of color, calling someone a c*nt, only catering to white gays, not giving straight patrons happy hour deals, and being downright racist.

“Number Nine bar is very racist,” a reviewer said back in 2016. “The bar staff are very racist as well. The overall vibes are cold and unfriendly toward non-white patrons. This has been occurring for several years and has not changed.”

Of course, anyone can write a bad Yelp review or make accusations on Facebook. And the only thing Number Nine has actually admitted is that one of its bartenders did, in fact, wear a blackface mask to work last Friday, which it also acknowledges is “heinous” and “deplorable.”

After the first statement on the matter failed to land, Number Nine updated the Facebook post with an addendum:

After having had a chance to follow this conversation today both on line and personally with many of you, we have heard some straight forward concerns. We honestly look forward to addressing those concerns as fully as possible.

We have decided to take some concrete steps. We will be more full throated about our policies that racism, racist comments, and racist symbols or clothing will not ever be tolerated in the workplace. We have initiated a plan to provide diversity based training sessions for the entire staff.

Queerty has reached out to Number Nine for additional comment on the bartender’s blackface mask, as well as comment on past accusations of racism made against the establishment. We will update this post if we hear back.

just do it
26 comments