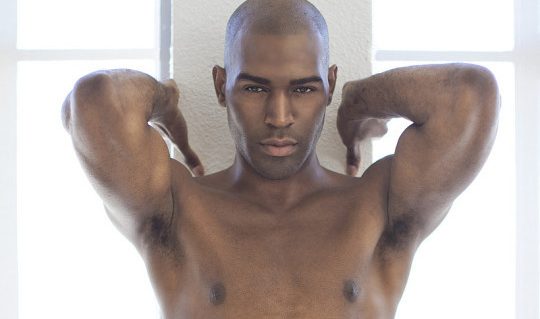 It’s safe to say Karamo Brown, one of the stars of Netflix‘s Queer Eye reboot, has a complicated relationship with gay pop culture.

On the one hand, he’s spoken about how “oversexualized” facets of gay life are, and how potentially damaging that can be for young people.

And don’t even get him started on dating apps:

“I think they’re the worst,” he said in a recent Gay Times interview. “I think they’re horrible. I do not own an app and never have. I think dating apps are keeping us apart.”

He added: “I can’t tell you the last time I met a couple who said, ‘I met on Grindr or Scruff, and I’m in a long term relationship.’ It just does not happen.”

Actually… It does happen, often. But OK we see what he’s trying to say.

He is also very critical of the nudity and near-nudity that pervades at Pride events, though he does have this to say as well:

“I’m by no means – because I love a shirtless selfie – taking away from someone’s right to do that. But as a community, we’ve forgotten that there’s a generation behind us that are watching. That are mimicking what we do and what we say.”

Well if they are indeed watching, they’ve no doubt stumbled onto Karamo’s shirtless, pantsless, entirely clothing-free photos, and we hope (the ones who are of age) can appreciate how amazing he looks!

You can enjoy those here, but don’t enjoy them too much, OK?

Adult star Matthew Camp has something eye-popping to show you

top of the class
23 comments

just do it
24 comments