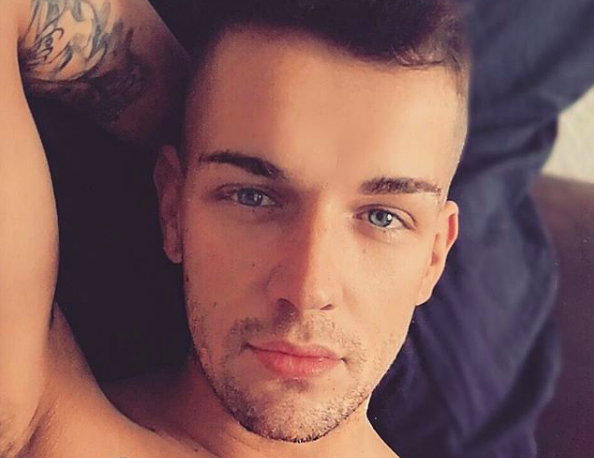 A former gay escort says celibacy turned him straight. Now, he’s looking for the right woman to settle down with.

27-year-old Dominic Hilton began working as a gay escort when he was 18. He eventually gave up the profession to become a “serial monogamist” with string of long-term boyfriends.

After breaking up with his last boyfriend in December 2017, he decided to go celibate. He didn’t have sex at all in 2018.

Now, he says, he’s a heterosexual.

“Sex is always something I enjoyed,” he tells The Mirror. “But this past year, that sexual attraction to men has just gone.”

Hilton, who came out as gay when he was 14, has never actually been with a woman. He says he noticed the change back in October while on a trip to Alicante, Spain with a gay male friend.

“I’d usually be chatting about guys we could see and if I thought they were attractive,” Hilton recalls. “I just couldn’t join in.”

He adds: “Then my friend turned to me and said, ‘You really are straight, aren’t you?'”

For a while, Hilton thought maybe he was bisexual. Until he noticed his attraction to men was just, well, gone.

“I just don’t find men attractive anymore,” he says. “I have no intention of sleeping with a man again.”

He adds: “It was a gradual thing, not like someone flicked a switch and I was straight.”

After making the startling realization, Hilton found himself in a strange predicament: He had to come out to his friends and family all over again. Only this time, instead of telling them he’s gay, he had to tell them he’s straight.

“A lot of my friends found it funny,” he recalls. “Telling everyone I was straight was like coming out all over again, but my loved ones were supportive and just want me to be happy.”

Now, Hilton, who estimates he’s had between 100 and 150 male sexual partners, says he’s in the market for an “open-minded girl” to whom he can give his straight V-card.

“I’ve had sex with men, but not women, so want to find an open-minded girl I can lose my virginity to,” he says.

Finding a female partner, however, has been a struggle. Many women cut off communication as soon as he tells them he once identified as gay. One woman went so far as to block him an hour before they were supposed to meet.

“It can really shut down a conversation,” he says. “Though nobody has said anything outrightly rude, they just stop talking, which I almost hate more as it leaves you feeling dismissed and ignored.”

“A lot of people don’t understand it,” Hilton laments, “and think that I am gay but this is a phase. I have no doubt that I am straight though.”

He continues, “I never imagined celibacy would change my life as much as it has. If you’d have asked me in the past if a person can change their sexuality, I’d have said no–but I’m living proof that you can.”

Related: Nico Tortorella tells the world why he resists gender & sexual labels–and how to defeat the trolls