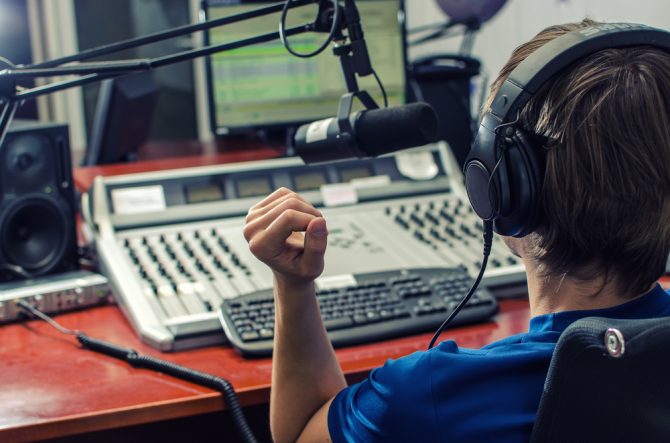 A local UK radio station says one of its morning show hosts has resigned from his job after an external investigation determined his homophobic remarks about singer Sam Smith were, indeed, homophobic.

On the September 16 broadcast of his Sunshine FM morning radio show, which was broadcast in several parts of the UK and online, Paul Ellery launched into an unprovoked rant against Smith after playing one of the singer’s songs.

“I can’t get over this that he says he doesn’t identify with being male or female,” Ellery fumed, “so in future we have to call him ‘they’.”

He continued, “And I heard somebody on, I think it was on BBC News Channel over the weekend, saying, ‘the easiest way to find out, Sam, if you’re male or female or they, is to take your clothes off. There we go, you’re definitely a boy!”

A backlash ensued and radio regulator Ofcom was brought in to investigate.

Ofcom is the UK’s government-approved regulatory and competition authority for the broadcasting, telecommunications, and postal industries.

Now, eight months after Ellergy’s rant, it has finally issued its official report, in which it has determined that, yes, the remarks breached the official Broadcasting Code.

In the report, Sunshine FM, describes Ellergy’s program as a live, unscripted “one man show” and claimed that there’s no production team or “backroom staff” involved in its broadcast.

It added that the “misjudged” remark on Smith’s gender identity were simply a “throw away” comment and was never meant to offend listeners.

But Ofcom determined Ellergy’s comments “had the potential to cause offense as they sought to ridicule Sam Smith’s non-binary status” and were therefore in violation of Rule 2.3 of the Broadcasting Code which states “broadcasters must ensure that material which may cause offense is justified by the context.”

It also said it fact-checked Ellergy’s claims about the BBC reporting the easiest way to find out Smith’s gender is to “take off his clothes” and determined that no such comments were ever made by anyone at the network.

A spokesperson for Ofcom added, “We found that the presenter of this program ridiculed a music artist’s gender identity, without any challenge or context. Those comments had the potential to cause offense and were not justified by the context.”

As for Ellergy, Sunshine FM says he is no longer employed with the station. According to his Facebook profile, he now works as a freelance radio presenter at a different station.

Queerty has reached out to Ellergy for comment and will update this post if we hear back.