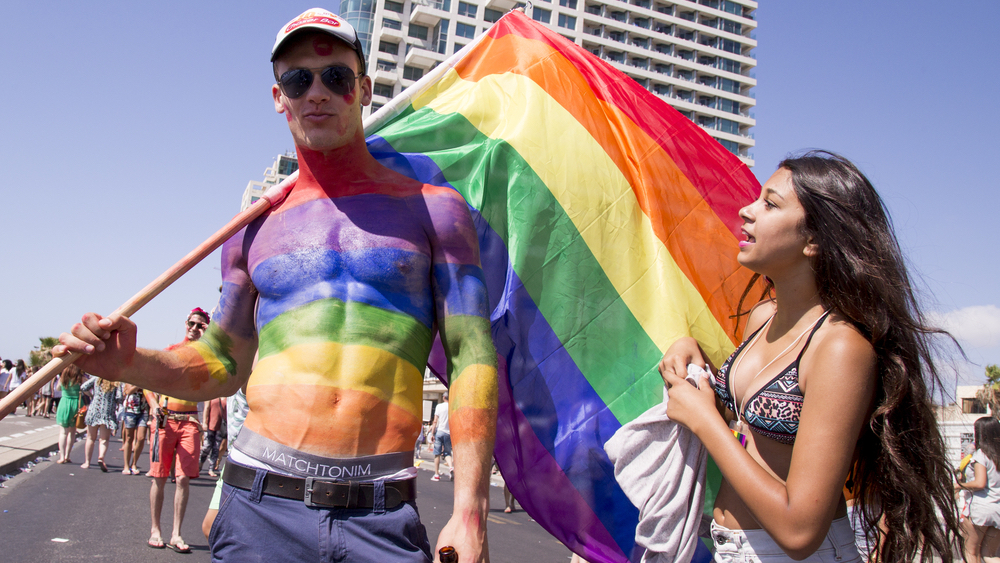 Aryeh Stern, the 74-year-old chief rabbi of Jerusalem, recently asked the city’s Mayor Moshe Lion to ban rainbow flags during next week’s Pride Parade. This is a bit like asking to ban American flags during a 4th of July celebration.

In his letter, Stern wrote:

“To my great regret, I request on this painful subject of the ‘March.’ I know from the point of view of the law, the mayor has no ability to prevent the parade, and therefore I ask you to at least give a ruling for the flags not to be waved, as they make the city ugly.

I trust you to act wisely to remove this disgrace from us, especially now in these holy days between Jerusalem Day and Shavuot.”

When asked about his letter, Stern explained:

“I didn’t ask to ban parade participants from waving the flags. I asked that the municipality, which is hanging flags along the route, not do that, especially near the city’s magnificent synagogues. It’s not appropriate that the flags should fly there.”

“Flags are an expression of friendship, participation and identification. We’re talking about hurting feelings — what they symbolize hurts the feelings of much greater portions of the population than those who do want the flags.

“I’m not trying to harm the parade itself or the people in it, or their personal behaviors. We have no interest in that. That’s not the issue. The issue is the public space, and I represent the opinion of many good people in Jerusalem. This is an explicit prohibition in the Torah, these are serious things, and for this we wave flags? Imagine if we were waving flags in support of a movement to eat pig.

Stern added that he didn’t think his letter to the mayor would be published and wondered whether he’d made a mistake by writing it, stating, “I did not think it would make such a ruckus.”

Stern himself is no friend of teh gayz. In 2018, the ultra-orthodox rabbi opposed allowing same-sex couples the right to have children born through surrogates, stating that the children’s lives would be “wretched… very strange and unnatural.”

Jerusalem Pride is just one of 50 Pride events that will be held throughout Israel this year. According to the Times of Isreal, “The Jerusalem Municipality said in a statement that the flags would be put up like in previous years ahead of the June 6 rally, in accordance with court rulings on the matter.”