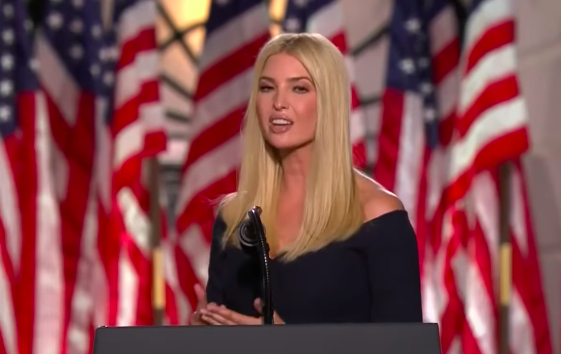 Rumors that Ivanka Trump is eyeing a run for the Florida governorship began swirling late last week. It seemed far-fetched at first, considering that she’s never lived, voted, or paid taxes in Florida, but now those rumors just got kicked up several notches.

Page Six reports that Ivanka and Jared have reportedly put in an offer on a $32 million plot of land on Indian Creek Island, also know as the “Billionaire’s Bunker”, in Miami, where the couple plans to build a lavish bayfront estate.

The island, which is about an hour’s drive from Mar-a-Lago, is private, guarded, and gated, making it one of the most secure neighborhoods in the city. It also has its own 13-man police force for just 29 residences, as well as a 24/7 armed boat patrol.

A source familiar with the deal told us that Ivanka and Jared had been on the hunt in Florida, as many of their friends have moved out of NYC to Florida and the Hamptons, saying: “The Kushners have been looking to purchase property in Florida for quite some time, and will also maintain their home in New York.”

The sale is scheduled to close next Friday.

Florida’s next gubernatorial election won’t be until November 2022, so it makes sense that Ivanka would begin setting down roots in the Sunshine State now. That way she can spend the next two years working on building a political coalition.

A source confirmed to CNN last week that the first daughter “definitely has political ambitions” and “wants to run for something, but that still needs to be figured out.”

A longtime acquaintance added, “[She] has ambition in her bones. She is driven by getting to the top of whatever it is she wants to get to the top of.”

“Of all the children, Trump is focused on her running,” another source noted. “He sees Ivanka as the heir apparent.”

Of course, who knows if any of this will ever actually happen? Considering that Ivanka is currently ensnarled in at least two investigations–one for inauguration spending and another for tax fraud–she may have more urgent matters to focus on than a long-shot gubernatorial run.

Related: Ivanka rumored to be eyeing run for Florida governor, even though she’s never lived there