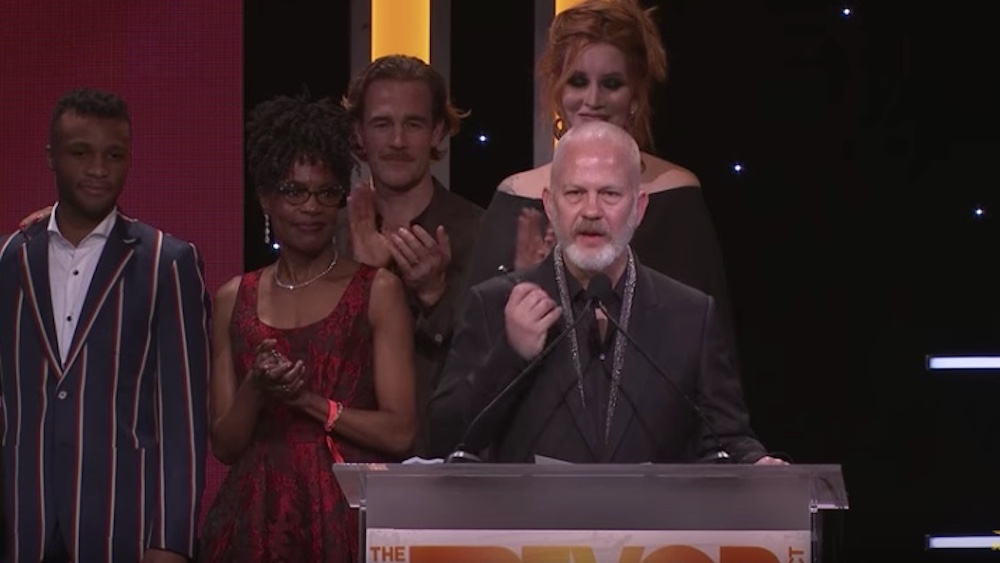 During his acceptance speech of a Hero Award at the 2018 TrevorLIVE Los Angeles gala last night, Ryan Murphy — the openly gay TV creator behind Pose, American Horror Story and Glee — announced his plan to launch a multi-million dollar organization to vote anti-LGBTQ politicians out of office by 2020.

During his speech, Murphy said that the midterms gave him hope.

“One after one, anti-LGBTQ candidates who made hate speech and ideology part of their legacy fell away,” Murphy said. “Over 20 anti-LGBTQ right wing politicians and their horrifying views were gone in a day … and they were replaced by allies.”

He asked, “Why don’t we consider ever targeting the people who are causing the problem here? The homophobes, the trans naysayers and the small restricted and dangerous minds who are causing so many young people to needlessly hate themselves and doubt themselves?”

“I want these hateful and wrong politicians to go, and stop polluting our moral and ethical ether,” he added.

Related: “Pose”star Billy Porter on Ryan Murphy: “He is a use-your-power-for-good kind of guy.”

Murphy said his organization will focus on 20 congressional races who conservative candidates “think they can get votes by hurting and discriminating against us.”

His plan is directly connected to Trevor’s work. Trevor provides a suicide helpline for LGBTQ youth. Murphy called a similar hotline when he was a teen in Indiana, and he believes that anti-LGBTQ rhetoric negatively harms young queers into thinking that they’re not good enough to live.

Specifically, Murphy called out conservative lawmakers Mike Lee, Susan Collins, Lindsay Graham, Steve King as some of the politicians he’d like to vote out.