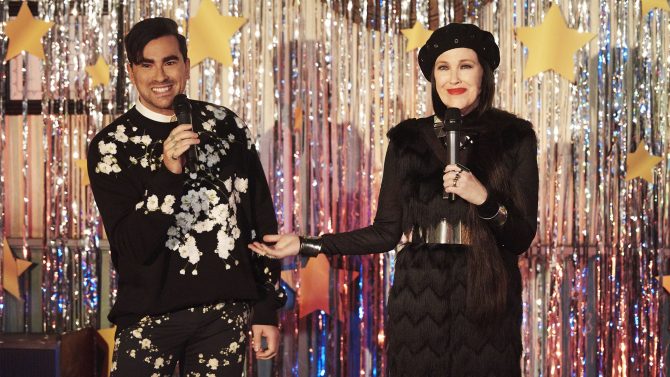 Fans troubled over the impending end of Schitt’s Creek should have at least one reason to celebrate: a special hour-long documentary retrospective will air immediately following the series finale.

Said finale airs this April 7 on PopTV, the American cable channel. Best Wishes, Warmest Regards: A Schitt’s Creek Farewell, the new retrospective, will follow. The documentary will feature new interviews with the cast and crew, never before seen behind the scenes footage, and interviews with some of the show’s die-hard fans.

Related: Coming to a city near you: ‘Schitt’s Creek: The Tour’

“As we celebrate the end of Schitt’s Creek, we couldn’t do it without creating a special TV moment to send this historic series out on top,” Pop TV president Brad Schwartz said in a statement. “This must-watch behind-the-scenes doc is the perfect way to honor a series that has made an impact in so many people’s lives, with enduring characters and stories filled with heart, humor and honesty that will stand the test of time.”

Schitt’s Creek debuted in 2015 and became an unlikely international hit. The series has earned particular acclaim for its portrayal of LGBTQ characters, especially that of David, played by out-gay series co-creator Dan Levy.