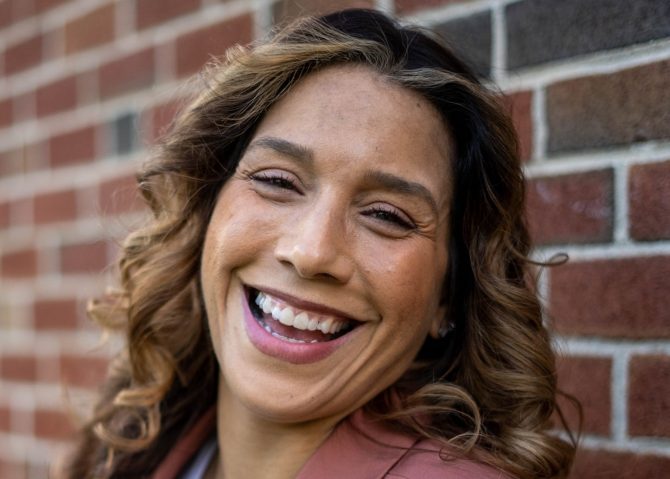 Meet Shanel Soucy. She’s currently running to be a member of the Worcester School Committee in Massachusetts. She also appears to be a raging homophobe. At least, according to comments made on her social media page.

Screenshots from Soucy’s personal Facebook page are circulating online and, let’s just say, she does not appear to be a fan of gay people, even though some of her “closest friends” are allegedly LGBTQ.

“Some of my closest friends, clients and more practice this lifestyle and I have always been clear about my beliefs about it,” she allegedly commented when asked about her stance on LGBTQ issues last month. “I do not support it anymore than I support sex outside of marriage.”

But she didn’t stop there. Soucy went on to suggest that gay people are possessed by a “demonic influence” that compels them to behave in evil ways.

“Whether these behaviors come from demonic influence or the evils that lie in our own hearts, or both, it is not up to me to decide for anyone else,” she allegedly wrote.

We say “allegedly” because, when asked about the comments this week, Soucy claimed the screenshots were “falsified” by a “hate group” that doesn’t like her opposition to Worcester’s new sex ed curriculum, which she says contains “pornographic indoctrinal [sic] teachings.”

Well! At least she recognizes our humanity!

Asked specifically about the “homosexual behavior” comment, Soucy wouldn’t address it, instead saying, “I love and respect all people” before abruptly ending a phone call and refusing to return any follow-up calls.

Then in a Facebook Live video posted last night, Soucy said someone from an unnamed hate group posted the doctored comments in retaliation for her stance on Worcester’s sex ed curriculum.

“Because I stuck my neck out and will continue to stick my neck out for these children and all the children in Worcester Public Schools,” she said. “Because I did, a hate group and sadly even some of our current school committee members and public officials have joined in to pass around falsified comments in hopes to paint me as someone who’s against the LGBTQ community.”