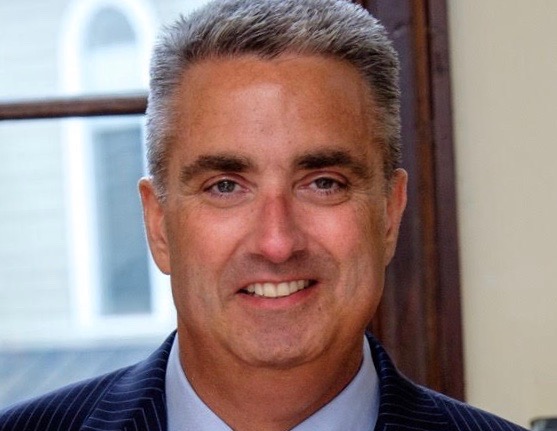 From the outside, Richard “Scott” Silverthorne seemed to have it all. He was the handsome, well-liked, well-respected three-term Mayor of Fairfax City, Virginia. (A position his father also once held.) Before that, he served nine full terms on the City Council, from 1990-2008, and a partial term from 2011-12.

Then, in August 2016, all of that fell apart. Silverthorne made national headlines when he abruptly resigned from office and pled guilty to possession of crystal meth after being busted in a sting operation. The day after his arrest, officials from the Fairfax County Police Department held a live press conference where they alleged he had intended to exchange the drugs for group gay sex, a claim both he and his attorney vehemently deny.

In an exclusive interview with Queerty, 51-year-old Silverthorne, who just finished serving a three month stint behind bars, talks openly about everything that happened, his 14 year addiction to crystal meth, the media’s response to his arrest last summer, and his plans for the future.

How did you first get involved with meth?

I first tried the drug with friends approximately 14 years ago. I had come off a bad relationship and I was told it would make me feel better and more energetic. It did those things and I quickly learned that crystal meth seemed to enhance sexual experiences.

Like most addicts, I did not believe I had a problem. I considered my use recreational, but upon reflection, that was an excuse. It was taking over my life. I was a binge user, not every day or every week, but on average once a month. When I did use, I was often using for 2-3 days consecutively and that was going on for 14 years. For example, we were on summer recess during my arrest. That’s how meticulous I was with planning my drug use.

During the 14 years you were leading what you called in an interview “a double life,” did you ever worry about being caught?

I should have called it a “secret” life because I do believe I’ve always been the same person, just with a hidden secret. And, of course, I often thought about the risks. One of my closest gay friends warned me that arrest was always a possibility. Crystal meth is powerful (three times as strong as cocaine) and you often take risks because you are always focused on the chasing the next high and selfishly put the risks aside.

Did anyone close to you know you had this problem? How did you manage to keep it secret for so long?

I want to be clear about this: no one (except a few friends in the gay community) knew I was using crystal meth. I worked overtime to hide my drug use and made sure I didn’t have official mayoral duties or other community obligations during my use.

When did you realize you might have a problem?

That is easy. The arrest changed my life, and hopefully for the better. I was in denial and if the arrest had not happened, I would likely still be mayor and still secretly using to this day. Following my arrest, and my rehabilitation program at Pride Institute in Minnesota, I recognized that I had every sign of an addict. Challenges with family and relationships, serious financial problems, home foreclosure, and finally the biggest sign of all: my arrest last August.

How do you feel about the media’s treatment of your story?

I want to thank you. Your reporting was fair and balanced (sorry, I hate to paraphrase Fox News) over the past year, which is why I agreed to this interview. I felt NBC Washington and my hometown newspaper, the Fairfax Connection, were also fair, which is why I agreed to their interviews. Unfortunately, the Washington Post was not so kind. They focused on sex, which my attorney, Brian Drummond, debunked in court testimony. There was no sex charge, and there was no sexual activity during the time of the arrest. Even the prosecution never brought up sex in the courtroom.

Do you mean the reports that you had planned to exchange drugs for sex were false, or just that you weren’t charged for it?

Sex was talked about, but there was no exchange of sex for drugs. No quid pro quo. The story became more about sex because of the way the police wrongly portrayed it. It was greatly embellished, just as they said I was arrested with 2 grams of meth, when their own lab report came back with less than a gram.

Were there any other things people got wrong about your story?

Contrary to the tabloid media and blogs, I was publicly “out,” and my family, friends and the city council were supportive. I saw some of your readers post that they thought I should have been more public and that I wasn’t an advocate for gay rights. To the contrary, Queerty accurately reported that I was an early supporter of Mayors for Marriage Equality; and that I supported legislation in the State Capital to include LGBTQ provisions in Virginia’s non-discrimination statute.

Are you clean today?

Yes, I am clean today. Following my rehab in the fall, I began working the NA/CMA 12 step program. It is a work in progress–the urges are still there and I’m fighting them every day. The good news is that I have a wonderful community (my hometown) and have only lost a few friends (who probably weren’t friends to begin with).  I am surrounded by friends and family who are doing nothing but encouraging me for success. I have also heard from addicts and members of the gay community from all over the country urging me to stay strong.

What advice would you give to other gay men who may find themselves in a similar situation–perhaps they do hard drugs but only recreationally, or they don’t feel the drugs impact their personal and/or professional lives enough to matter?

I want to be very careful not to preach, because only individuals can change their own behavior. Let’s just say that my example should be a “teachable” moment for others. Drug users and drug addicts are fully aware of the risks they are taking, but addiction is hard to beat. I’ve had to use junk food as an example to my overweight family members who can’t put down a bag of potato chips or candy. Crystal meth is far more addicting than junk food–yet people have real trouble dieting, or quitting cigarettes, for example. It’s easy to judge others, especially if you don’t understand addiction. I have also found, strangely, that some ex-addicts are some of the most judgmental. That’s ironic, for sure.

Now that this is behind you, what are you plans for the future?

The history about my political career has been written, so now it’s up to me to decide how to personally manage my life and my addiction going forward. There have been some opportunities presented to me, such as public speaking at rehab centers, potentially writing a book, and even some of the daytime talk show hosts asking for appearances. I want to take things very slow and make sure I carefully evaluate every option. I can assure you of one thing, I have spent my entire adult life in public service, and that will be hard to give up. But you don’t have to be elected to serve others, and that’s the path I’m most interested in exploring.

I enjoy reading Queerty and I appreciate the opportunity to share my story. I hope if others are struggling with addiction, that they will seek help. People struggling should know they are not alone–and I will do my best to help anyone who wants to reach out to me via Facebook, Messenger, or Twitter. While we all must own our recovery; friends, family and a support network can make the difference between success and failure.