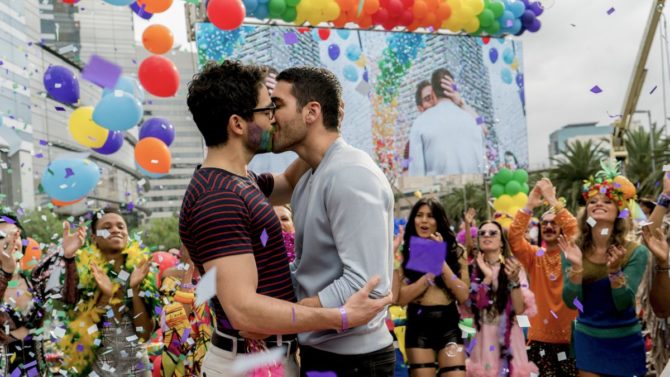 We can’t even imagine the logistical nightmare that is producing a show like Sense8, and as creator Lana Wachowski describes in a new video, it’s every bit as chaotic as you’d expect.

But Wachowski is also the first to bring up the utter joy its cast and crew has felt. And now that Netflix has responded to the public outcry and decided to produce a two-hour finale to the series (it was previously canceled, much to the the chagrin of many LGBTQ fans), the team is back together unexpectedly.

“I think it requires a moment to just take a breath, to appreciate it, to look around and admire the holy s—tness of it all, because what you fans did was quite frankly unbelievable,” Wachowski says. “It happened, you did it, it’s real.”

Oh, and they also say the finale is going to be “epic,” and for once we have a feeling the word isn’t being used lightly.

Sense8 returns for a two-hour finale special on Netflix in 2018.