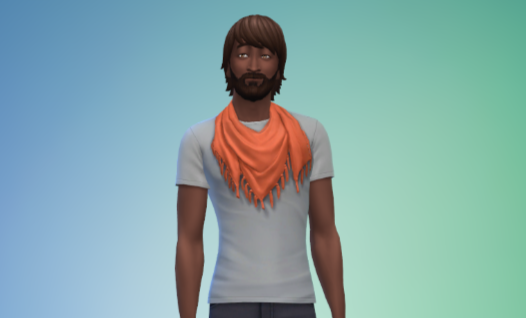 EA and Maxis have announced a free update for The Sims 4 that will expand the options for sexual orientation, and it will launch later this month. The new options will include underrepresented identities like asexual, aromantic, and other nuanced attraction experiences.

The update will be made to the character customization (Create A Sim) menu, and players are able to access this screen at any point in the game. According to a press release, the options for sexual orientation will soon cover: “attraction to the same or different sex, experiment with attraction naturally through interactions with other Sims over time, feel physical but not romantic attraction and vice versa, or not feel any attraction at all.”

Specifically, the sexual orientation tab in the gender selection menu will prompt players with three new selections: which gender Sims are romantically attracted to, which gender Sims are open to messing around with, and whether the Sim is actively exploring their sexuality. None of these choices are mandatory, meaning players can opt out of attraction altogether.

Related: We asked the team behind ‘The Sims’ all about the game’s new, inclusive pronouns

Maxis, the team behind The Sims, has acknowledged that the choices will still be restricted to the gender binary due to technical limitations (the game is now eight years old, and many pre-existing systems are dependent on the gender binary). The team elaborated on this in an FAQ for the feature:

“Mechanically, non binary Sims don’t yet exist in TS4. You still have to make a binary gender selection for your Sim at creation, regardless of pronoun settings. We hope that we’ve shown our commitment to improving representation of gender identities with features such as Gender Customization, which allows you to modify physical frame, clothing preferences, pregnancy and toilet use options. We look at the pronouns update as another important step toward better representation of non binary genders, but we also acknowledge that pronouns are not the same thing as gender identities.” 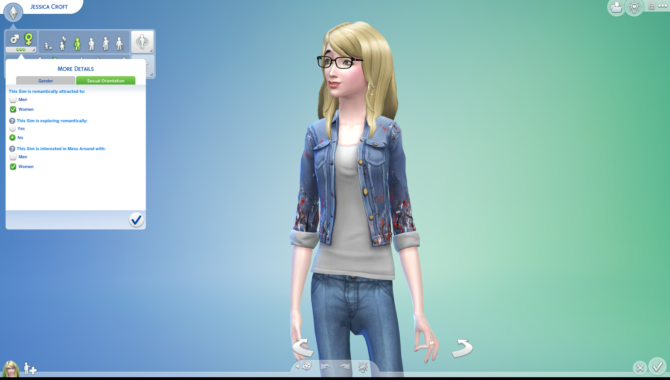 As a life simulation game, The Sims is a vehicle for players to create their own stories. For queer players, that can mean exploring their identities safely in a game. This update now allows players to explore the story of someone who has their sexuality completely figured out from the get-go as well as someone whose attraction and identity evolves over time.

“Inclusivity has been a core value of The Sims since the franchise began 22 years ago, and the diverse development team proudly introduces this feature as a way to reflect the world we live in, the ways we interact with one another and represent real lived experiences,” Maxis said in a statement. “The Sims team understands that sexual orientation is a vital, complex and inherent to how people experience the world and find community. By consulting nonprofit organizations It Gets Better and GLAAD, The Sims 4 has created a detailed and affirming option for players to experiment with various forms of sexual orientation for their Sims.”

Although the update will coincide with the release of the High School Years Expansion Pack, it will be freely available for the base game. This new feature comes a little over a month after The Sims 4 launched customizable pronouns. For more information on the new feature and the research that went into it, Maxis has put together a dev diary complete with an FAQ.