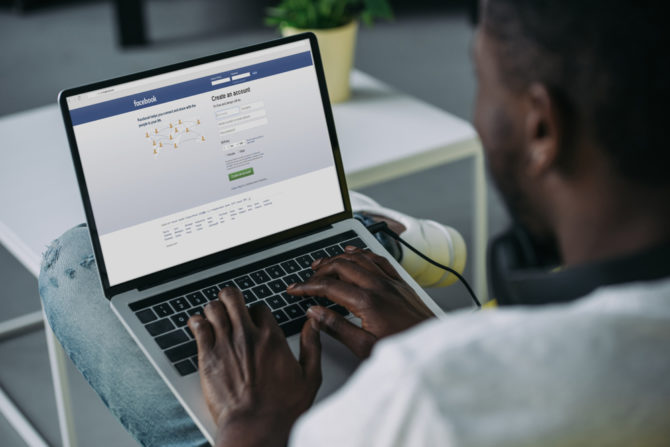 It’s been nearly three years since I deleted my favorite aunt on Facebook. The unfriending happened on Saturday, June 27, 2015, the day after the defining gay Roe v. Wade-caliber moment, the one in which the U.S. Supreme Court declared all state bans on same-sex marriage unconstitutional.

That’s when Aunt Juliet decided to crash our celebration and denounce us on Facebook by reposting a sermon on the sinfulness of homosexuality.

Since then, I’ve heard from her three times. I ignored the first two messages, but I opted to make the third time the charm when the latest one arrived in my Facebook inbox on May 5.

I sent her a “Thank you” response on my actual birthday two days later, adding her name and one exclamation point, which I intended as signs that I was open to more than perfunctory birthday greetings two days early.

If she took my bait and started an actual dialogue with me, I would tell her like it was–and is. With Donald Trump threatening the LGBTQ gains of recent years and all but endorsing straight white male supremacy, my aunt, an unapologetic fan of the President, needs to know why homophobia is even more dangerous now than it was in 2015.

We would finally, as they say, clear the air, and remove the stench of homophobia she sprayed into it nearly three years ago.

Actually, my mother’s younger sister first stunk up the air between us on Valentine’s Day 2004. We were at my brother’s wedding, and it was the first time she’d seen me in person since I came out a little more than 12 years earlier.

I had just introduced her to my then-boyfriend, and in a one-on-one moment, she told me how sad she was that I would never have a spouse (i.e., a wife) and kids, all the things heterosexuality would have supposedly granted me that her multiply divorced self was living without.

Then she pulled out an old clunker that most out gay men have heard at some point, usually from a relative who doesn’t have the guts to disapprove of us outright.
“I don’t understand it, but I accept it.”

It felt like she was mourning the official end of our once-close relationship. I was so determined not to ruin the occasion that I bit my tongue… hard.

My brother’s wedding day turned out not to be the best moment to be a gay member of the ulta-religious Afro-Caribbean Helligar clan. (I was born in the U.S. Virgin Islands, but my Antigua-born mother met and married my father in his native St. Martin.) The stench of homophobia was in the air, and my least favorite uncle (on Dad’s side), who was performing the ceremony, made an even bigger stink than my favorite aunt did.

I was best man, and I was so nervous about getting it right that I totally missed the thing Uncle Achille said about two men in the Garden of Eden. Being the fire-and-brimstone Bible thumper I’d always known him to be, he had to drop in some judgment, which must have been for my benefit and for that of my other brother, who is also gay.

How dare we both bring our boyfriends to such a sacred straight occasion?

He made a crack about how God created Adam and Eve, not “Hemp and Shemp” …or something to that effect. The names were not as relevant as the intended message: God hates f*ggots.

My mother complained about her former brother-in-law at the reception, her voice dripping with disgust. I wasn’t sure if Mom’s reaction was about what Achille had said or the pulpit from which he’d chosen to say it. She was angry for her two gay sons, and I loved her for it. Like my dad, she’s never made me feel like a second-class romantic for being gay.

As for my uncle, I had only one personal encounter with him at the wedding. It was when he walked into the men’s room and caught my boyfriend and me in a warm embrace. He glared at us but didn’t say a word, not even when I asked how he was doing.

At my boyfriend’s urging, I ignored the silent treatment. My uncle had always been irrelevant to me, and by that point, he may as well have been non-existent.

Eleven years, four months and 13 days later, my favorite aunt ceased to exist for me, too, at least on Facebook, when she became the first and only family member I’ve ever un-friended. The deal breaker arrived on the morning I learned that the U.S. Supreme Court had declared gay marriage legal. (It was already the next day in Sydney, which is where I was living at the time.) There it was in my Facebook feed, courtesy of my favorite aunt: 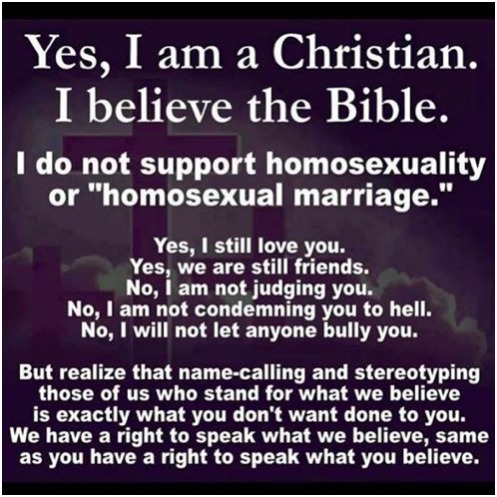 The post itself wasn’t worth debating. It was contradictory passive-aggressive junk, hate dressed up in Sunday church clothes.

On a personal level, though, I couldn’t understand why a woman with at least two gay nephews would spread such antigay rhetoric in a place where she knew we’d likely read it. Was she trying to douse a celebratory occasion with some good old-fashioned negativity, just as my uncle had done on my brother’s wedding day?

At least Achille had the guts to express his homophobia in his own words. Although my aunt didn’t have the nerve to speak for herself, I still got the message. In her opinion, I was… I am… defective.

I probably won’t hear from her again until next May 5. She’ll likely continue to cross “Wish my defective nephew a happy birthday” off her to-do list every year, never grasping that it’s not enough to merely “accept” or even “support” my sexual orientation. Her “love” will never be enough as long as she fails to grasp the gospel truth about the L-word.

No matter what the hypocrites at the pulpit preach, it is never a sin.