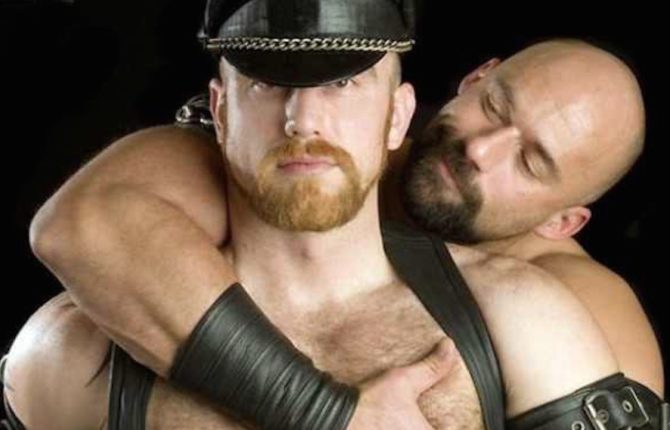 A gaggle of Eagles fans thought they’d discovered the ideal bar in Minneapolis to watch their team battle it out with the Patriots in the Super Bowl, and in a way, they did.

Though they didn’t have tickets to the event, the group opted for the next best thing — watching the action from Minneapolis’ Eagle Bolt Bar downtown.

Why they thought there’d be a bar in Minneapolis devoted to their hometeam in Philidelphia isn’t exactly known, but we suppose it’s possible that an Eagles superfan who’d moved to Minneapolis would feel so strongly about the team that they’d open a bar dedicated to thier hometeam heroes. Right? So we’ll go with that.

The point is, the large group filled up the bar, which is decidednly not a sports bar devoted to the Eagles, but is instead a gay bar catering to a leather crowd.

I can confirm a number of Eagles fans here at @eagleBoltbar were drawn by the name. Including a guy from Hamburg, Germany pic.twitter.com/RQvGRfO9Yz

One fan here tells me: “We were just walking around as we were looking for a bar. I said we’re stopping there, it says Eagle.”

“Eagles fans are mistaking @eagleBoltbar as a fan bar and I am DYING. It’s more of a Bears kinda place ya’ll,” one person reported via Twitter.

“Eagles fans here at @eagleBoltbar were drawn by the name,” said another.

But what could once have been the ingredients for trouble was instead a moment for people from different walks of life to laugh at the misunderstanding, come together and do what they were there to do: watch the Super Bowl.

“The people in tonight enjoyed being in our place.”

“The Eagles fans were very rowdy and fun. We enjoyed having them in our establishment.”