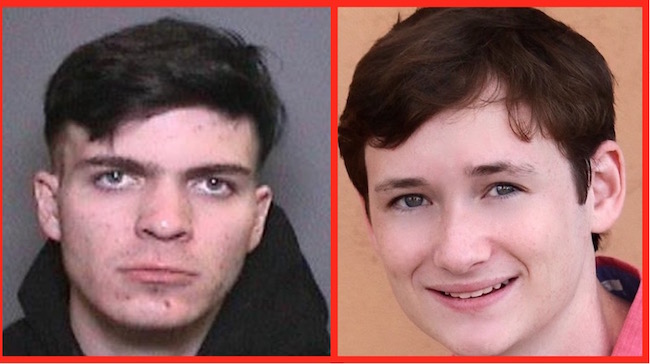 20-year-old Samuel Woodward, the man charged with stabbing and murdering Blaze Bernstein, was a member of a neo-Nazi group, according to ProPublica.

The site reports three people who knew Samuel Woodward say the Newport Beach man belonged to the Atomwaffen Division, a Fascist group aspiring to overthrow the American government with weaponry and acts of terrorism.

Related: Suspect in brutal murder of college student thought victim was hitting on him: report

ProPublica said two of their sources were personal friends of Woodward’s. The third was an ex-member of the Fascist group, who said Woodward was active in both combat and firearm training.

No word from officials about Woodward’s alleged affiliation with Atomwaffen Division.

Sam Woodward, the alleged killer of Blaze Bernstein, with members of Atomwaffen, violent neo-Nazi organization in Texas this past summer. pic.twitter.com/qYCtMpOkJ8

The body of 19-year-old Blaze Bernstein was discovered in a shallow grave in Borrego Park, a week after the Woodwards reported him missing on January 3rd.

Bernstein was a pre-med student  at University of Pennsylvania, and had been visiting his parents between semesters.

The student been stabbed more than 20 times. DNA evidence at the murder scene and in Woodward’s automobile led to Woodward’s arrest on January 12.

Samuel Woodward is scheduled to be arraigned February 2.