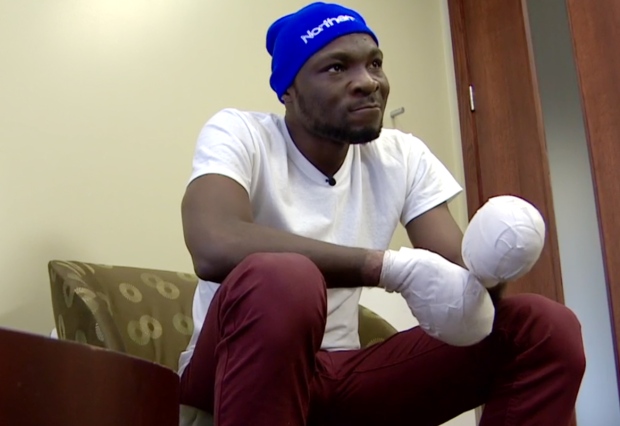 This story is pretty intense.

Mohammed is bisexual. His story beings back in 2014, when he was outed during soccer training camp after his team manager walked in on him with another man. After being disowned by his family, Mohammed fled Ghana for the U.S. in 2015.

“It’s illegal to be gay in Ghana,” explains his attorney, Bashir Khan. “It’s a crime.”

After coming to the U.S., Mohammed applied for refugee status, but his visa expired before everything could be sorted out. When he tried to renew it, he was denied because he couldn’t afford the bond.

Mohammed didn’t want to risk being deported back to Ghana, where he could be jailed, tortured, or even killed for being bisexual, so last Christmas, he did what thousands of others have been doing since Trump took office: he fled to Canada and applied for refugee status there.

According to CBC News, an estimated 2,000 people have fled from the U.S. to Canada since January 2017, with the majority of them crossing int0 Manitoba or Quebec.

Mohammed’s journey was especially treacherous. He and two others took a bus to Grand Forks, North Dakota on December 24, 2016. From there, they managed to find a cab driver to drive them as close to the U.S.-Canada border as possible for $400. Then they walked through frozen fields in o-degree weather to Emerson, Minnesota.

During the trek, Mohammed became disoriented and suffered severe frostbite. As a result, he lost all of his fingers. A doctor offered to use some of his toes to replace the fingers, but Mohammed declined, fearing it might ruin his ability to play soccer.

Once he made it into Canada, Mohammed filed for refugee status. During his refugee hearing, he explained to the judge judge that if he is sent back “I’m gonna be tortured or go to prison or get killed.”

Khan described Mohammed to the judge as “a real Canadian at heart.”

“He is inspired by and attracted by Canadian values, that everyone has a contribution to make in society,” Khan said.

On Wednesday, Mohammed learned that his application had been approved. He was overjoyed.