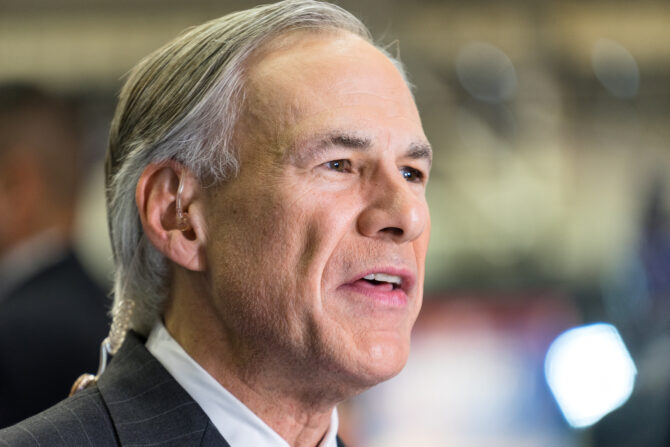 Texas Governor Greg Abbott has directed state agencies to carry out investigations into the use of gender-affirming care for transgender youth, following an opinion issued last Friday from the state attorney general that the treatments constitute a form of “child abuse.”

The agency, Abbott wrote in his letter, “is responsible for protecting children from abuse.” In a tweet, he added that it will “refer for prosecution any such abuse.”

A spokesperson for the DFPS told the Dallas Morning News that it “will follow Texas law as explained [by Paxton’s opinion].”

Abbott added that doctors, nurses, teachers and the general public are obliged to report such “child abuse,” and that failure to do so is a punishable crime.

The move is the latest attack on trans youth in Texas. Last October, Abbott signed a law banning transgender girls from playing on female sports teams in public schools. The state has also tried to restrict trans people from using their preferred gender restrooms.

To be clear, major medial institutions including the American Academy of Pediatrics do not agree with Paxton’s opinion. Some state and county attorneys have already said they will not follow Abbott’s order.

“As the lawyer who represents DFPS in civil child abuse cases in Harris County, I can tell you my office won’t be participating in this political game,” Harris County Attorney Christian D. Menefee tweeted.

Response to Abbott’s action can be summed up with one word: “monster.”

Greg Abbott is a monster. https://t.co/dMjSMgD3C8

Greg Abbott is a fucking monster. People have the right to be trans.

It's people like him that are ruining lives. Fucking disgusting. https://t.co/p148QnnTZx

Greg Abbott really just decided that he wanted his soul condemned to a thousand eternities of torment and suffering pic.twitter.com/5ipBUJntEj

Every reporter in the last decade that treated Greg Abbott like a reasonable human being and not a sociopath should break out the sack cloth and ashes today. https://t.co/Ab1dT2RFqr

What Greg Abbott is doing in Texas will absolutely get people killed. He doesn’t care. It’s going to kill kids, and they want to do the same thing here, it’s their end goal, not “just asking questions”. It’s outright murder. There’s no reasoning with these people.

Greg Abbott is a monster. https://t.co/Maen4PlLPR

Wow, just when you thought he couldn’t get any worse…Greg Abbott is a ghoul. My heart is with the families that are effected by this heinous order. #protecttranskids

This is absolutely MONSTROUS.

Also a reminder that Greg Abbott has Musk's rubber stamp for rolling back rights in Texas: "Elon consistently tells me that he likes the social policies in the state of Texas." https://t.co/YPiv3469oB

would probably go to jail if I tweeted how I feel about Greg Abbott https://t.co/g4pYIM861Z

Greg Abbott & Ron DeSantis are in a race to see who can be a bigger monster. States with laws designed to promote violence & hate on vulnerable communities of young people should be boycotted at all cost. Skip the gigs in TX & FL, folks.

What Republican Greg Abbott is doing in Texas for political points will hurt so many young people. It is nothing short of repulsive. He must be voted out.

Greg Abbott is a monster. The cruelty of this is just despicable. He — and the far-right GOP who crave this sort of inhumanity —  *must* be stopped. https://t.co/UrrRYd0L7z