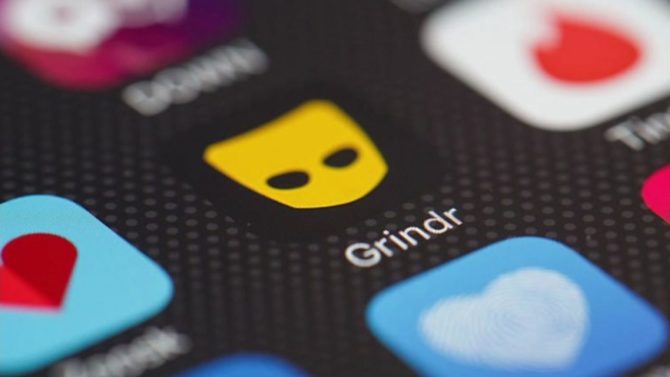 Three women in Britain have gone viral after they turned to gay dating app Grindr for a surprising reason: to find themselves a fourth roommate.

The Independent says Cliodhna Heffernan, 27, created the Grindr account, which included a photo of the three women, after they struggled to find someone else to live with then using more traditional sites such as SpareRoom.com. The women are based in Birmingham in the Midlands.

Heffernan says she and her roommates wanted a bit of “masculine energy” in their house. However, after not finding someone who was the “right fit”, a gay friend suggested they try Grindr.

She told the Daily Mail, “We had a house with four girls and one of them was moving out. We weren’t adamant that we wanted a male to move in, but we thought it would be a nice change to bring a bit of masculine energy into the house and change things up.

“It was never a discussion of ‘oh we want a gay man’, it was just ‘oh we want a man’. We had guys come to the house and it just wasn’t the right fit.

“I had a discussion with my gay best friend and was just saying we hadn’t found anybody yet and he was like ‘why don’t you just make a profile and advertise on Grindr?’”

Heffernan says that after creating the profile, she was overwhelmed with messages. Especially so after a man named Dan spotted it and shared it on Twitter.

He took screenshots and captioned them: “I can’t, just seen these three queens using Grindr to advertise that they have a room to rent 😭😭😭😭😭”

I can’t, just seen these three queens using Grindr to advertise that they have a room to rent 😭😭😭😭😭 pic.twitter.com/UdXFR7rjvQ

That tweet has had over 23k likes prompted plenty of responses, including from Grindr itself.

You gotta meet your target audience where they are 👏🏼

The went to Euphoria High

Cliodhna went on to clarify: “I’ve seen comments from people saying ‘oh, these girls are just looking for a gay best friend’ and it wasn’t like we’d sat around and been like ‘oh my God, how can we become friends with a gay man?’ It wasn’t like that at all.

“I suppose the whole process behind it was, a lot of my close friends over here are gay and we are very involved in the gay community so every weekend since I’ve come over from Ireland, we’ve gone out in the gay village in Birmingham.

“It just felt like exploring that option would be a good idea and a gay man would probably be a good fit.”

Related: Dudes sound off on whether to sleep with one’s roommate