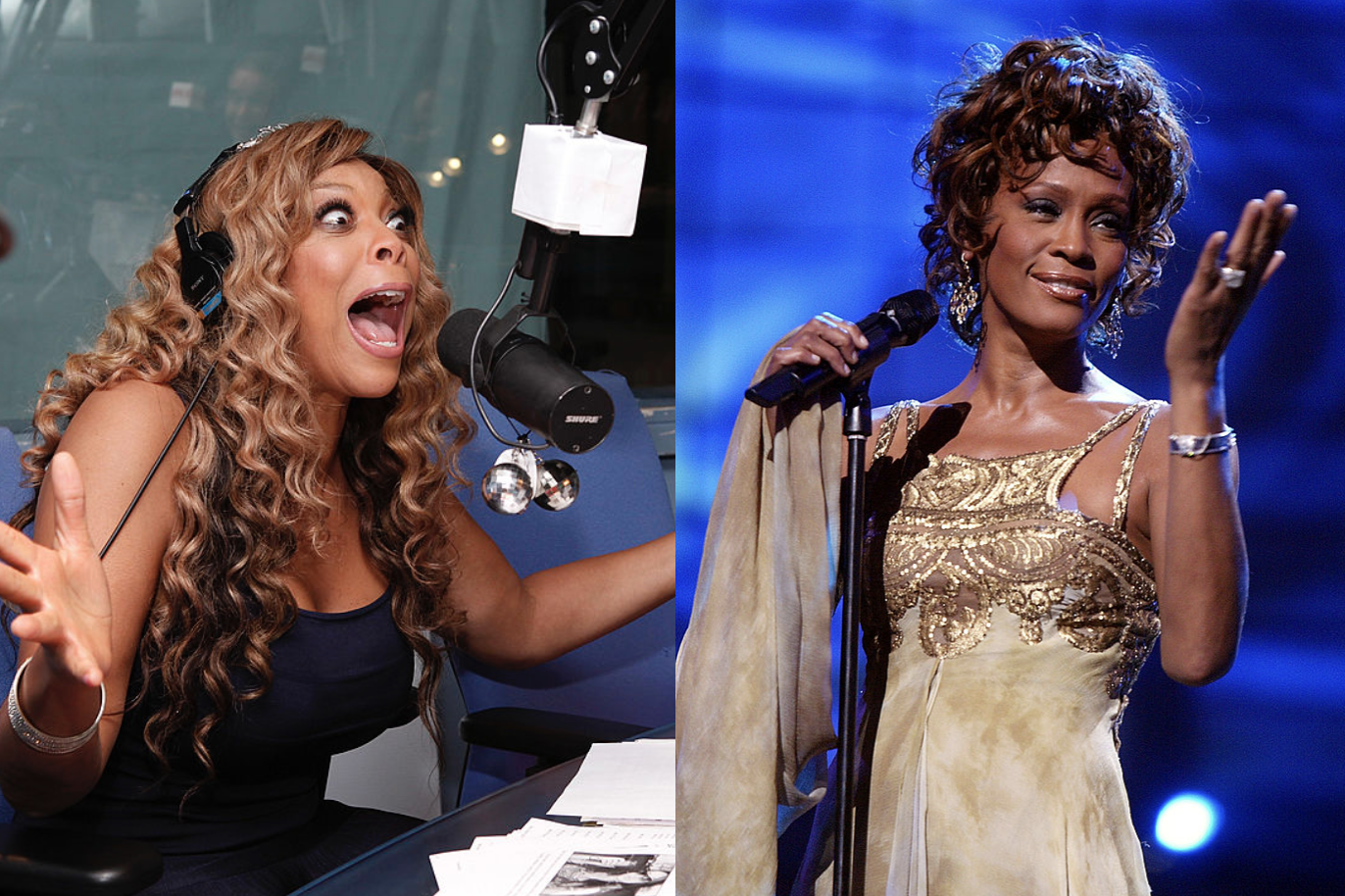 Houston was an amazing talent, selling over 200 million records worldwide and racking up dozens of awards over her 30 year career. She also struggled with drugs and alcohol. And on February 11, 2012, she was found dead in her hotel room in the Beverly Hills hotel. The official cause of death was drowning due to coronary artery disease and cocaine intoxication.

In 2003, the legendary singer, whose struggles with addiction had become a constant topic of conversation in the tabloids, agreed to do a now-infamous phone interview with Wendy Williams on her radio show.

Williams often gossiped about Houston’s drug use, her seemingly erratic behavior, and her marriage to Bobby Brown. During the call, which lasted almost half an hour, Houston confronted Williams about this and scolded her for being “nosy.”

At one point, Williams asked Houston, point blank, if she was on drugs “at this present time,” to which Houston replied by going off.

First, she told Williams she “doesn’t give a sh*t” about her before launching into a profanity-laden tirade that left the radio show host momentarily speechless.

While you’re here, check out this clip of Houston’s longtime companion, author Robyn Crawford, sitting down with Williams in 2019 to promote her memoir A Song For You: My Life with Whitney Houston.