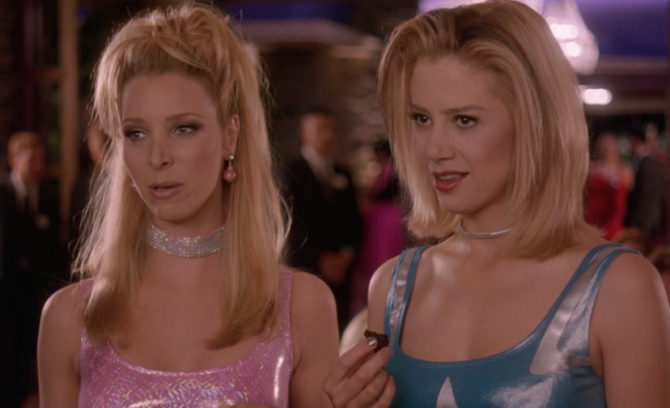 The man who invented Post-Its is totally into Romy and Michele’s High School Reunion.

The modern comedy classic — which celebrates its 20th anniversary this week — stars Lisa Kudrow and Mira Sorvino as two airy but lovable besties who try to win points among their peers at their high school reunion.

One of their various schemes: lying about inventing Post-Its to wow the bitchy women who made their high school experience hell:

In an interview with Vice, inventor David Mirkin reveals he’s seen the film “several times” and “really enjoyed it.”

In fact, he’s the one who wrote the (totally made-up) recipe Michele runs off after being asked how Post-Its are made:

“It was completely bogus,” he says, “and I claim credit for it.”

When they were putting together the film, they contacted (our company) to see if we would have any objection to it and to ask for some technical sounding description they could use for the show. I wrote out a bunch of stuff that had nothing to do with Post-it Notes, and they used it. It sounds more like something you would use to repair your broken dining room chair than the adhesive required for Post-it Notes.

You can read the interview here.