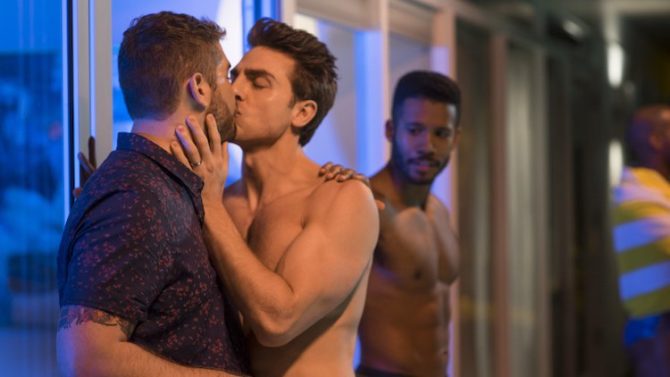 Josh Feldman is a queer actor, writer, and producer from Los Angeles. He also happens to be deaf. His new series This Close follows two deaf friends as they navigate through their late 20s and early 30s.

Feldman created the dramedy with his BFF Shoshanah Stern, who is also deaf.

“We realized that we should write something that’s very ‘us’,” Feldman tells Out in a new interview. “Something we know best: friendship between a woman and a gay man.”

The project is unique for a number of reasons, most notably because it will be the first TV show created by and starring deaf people, who are usually portrayed on-screen by non-deaf actors.

“Most deaf characters in other shows speak because it’s easier for hearing audiences to access the dialogue,” Feldman explains. “I don’t speak at all. So when I meet a hearing person, they expect me to speak for myself because that’s what they’ve seen on TV.”

Feldman plays Michael, a young gay man going through a turbulent time in his personal life.

“During my twenties, the periods of biggest personal growth happened after breakups,” he says. “And that includes bad decisions. I wanted him to make those because eventually they lead to growth but not for a while.”

Related: If you think dating is hard, trying dating while deaf

This Close will premiere on Sundance Now on February 14th.

Watch the Season 1 trailer below.