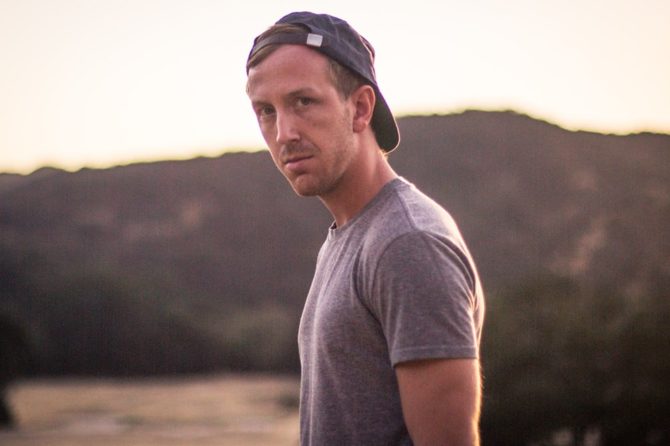 Dating can be a lot of fun, but it can also suck. And it can be even suckier when you have a disability.

“During my freshman year [of high school], I developed my first crush and realized that I wasn’t just deaf but gay, as well,” Connor McLaren, a fashion and portrait photographer and LGBTQ activist, writes in a new op-ed.

McLaren says being a double minority “compounded my sense of alienation.”

“Most LGBT people have heterosexual parents—likewise, only 5 to 10% of deaf people have deaf parents,” he explained. “My parents have been incredibly supportive but it was difficult for me to accept that there was not one, but two fundamental differences between us.”

By the time McLaren finished, he had more or less figured out how to navigate in the world as a deaf gay man, but it wasn’t easy. Not only was his dating pool significantly smaller, but he faced a lot of discrimination .

“One question that comes up often: Is it harder to be a gay man in the deaf community or deaf in the gay community?” Connor McLaren, an openly gay deaf man, writes in a new op-ed.

Related: Nyle DiMarco Is ‘Very Single’; Wants A Lover With These Three Qualities

To be honest, I feel more comfortable being gay in the deaf community. By and large, deaf people are very accepting of my sexual orientation. But being deaf in the queer community has, at times, created a sense of isolation and low self-esteem. Gay men can be unaccepting of those who don’t fit a certain mold: If you’re not handsome, fit and white—and able—you tend to get shunned.

“Being a deaf gay man has also been difficult just in terms of communication and cultural understanding,” McLaren continues. “Most hearing gay guys can’t sign and know nothing about deaf culture.”

The deaf community values—even requires—expressiveness in hand movements to communicate. In contrast, I’ve noticed that using your hands to communicate is looked down upon by some gay men, because its so strongly associated with femininity. Perhaps due to internalized homophobia, they’re less comfortable with guys who are expressive in this way. So it’s harder for me to be my true self with other gay men.

Ultimately, McLaren says being deaf and gay has made him a better, more thoughtful, more caring person.

“If I were straight and hearing, I wouldn’t have as much of an impulse to help others, or be as tolerant or culturally sensitive,” he says.

Instead of seeing these two parts of my identity as negatives, I view them as qualities that make me unique. I am blessed to be part of such a vibrant, tight-knit community and wouldn’t trade it for anything.

Oh, and as for finding Mr. Right, McLaren says he’s not in any rush. The right person will come along eventually.

“I’m more than willing to bide my time and wait for someone—hearing or deaf—who accepts all the parts of me,” he says.