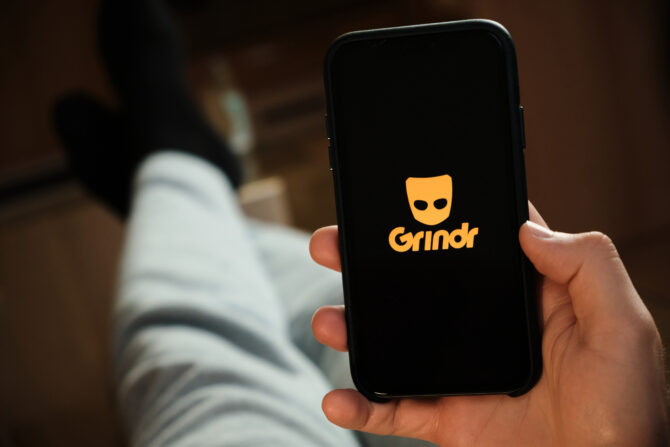 On December 29, a user by the name of @cntb88 posted a meme from the movie Don’t Look Up of Ariana Grande calling Leonardo DiCaprio an “old f*ck.”

me on Grindr: hey, how’re you?

guys that are 2 years younger: pic.twitter.com/qckMNmp8FU

Over the last week, the tweet has gone absolutely viral, racking up over 1 million impressions, more than 25,000 likes, nearly 2,000 retweets, and hundreds of comments and quote tweets.

Here are some of the responses…

Grindr is chaotic at the best of times, but now it has descended into well beyond the gates of hell. Why gay men buy into this app is beyond me.

Ahh to be 2 years younger again

My comeback: sorry not into fem. pic.twitter.com/uBaO8SoCYV

This isn’t even funny. The toxicity on Grindr is disgusting. No older guys, no chubs etc

Wait til you hit 34 it gets worse

This tweet attacked me and I want financial compensation.

I just smile. It’ll come to them in turn. The wheel turns.

Last month, screenwriter and TV producer Russell T. Davies opened up about his own Grindr struggles in an interview with The Guardian.

“At my age? I don’t think there’s much action at my age, do you?” the 58-year-old said, before adding that he does, in fact, use the app.

“I am on Grindr. I’ve been on there for years because I find it fascinating. Unfortunately, everyone goes: ‘Oh, you’re the man who wrote Doctor Who.’ I’d never meet anyone off Grindr – I’ve got too much fear of being murdered.”

Related: Grindr reveals the countries with the most tops and bottoms

Subscribe to Queerty for a daily dose of #agism #grindr #russellt.davies stories and more

Am I pansexual? How to find out.