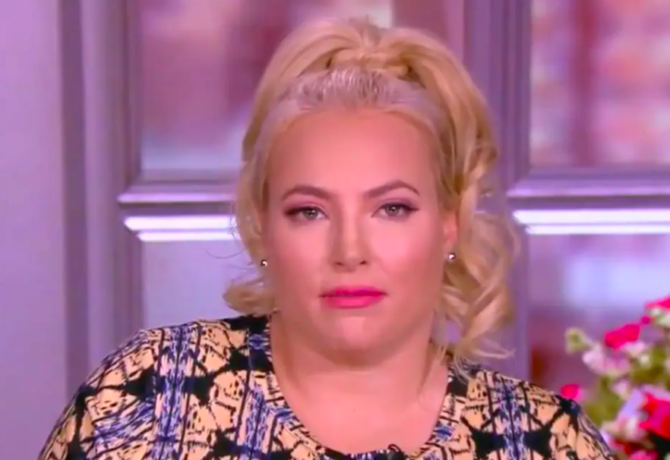 Today was Meghan McCain‘s last day on The View… Or so everyone thought.

On July 1, McCain announced that she was leaving the show at the end of the month, leading many to believe her final day would be July 30 which, according to our calendar, is TODAY!!

Let me pour myself a glass of Opus One in observance of this auspicious occasion ??

Is today Meghan McCain’s last day?
PLEASE LET IT BE!!!!

In honor of Meghan McCain’s last day on The View, I will not be watching, the same way I haven’t since her first day.

But, as it turns out, today was not McCain’s last day after all. She misled us… which is actually right on brand for TV’s reigning conservative supervillian.

The View just confirmed that McCain will actually be sticking around until August 6, which is the season 24 finale. That means viewers have one more week of John McCain’s daughter to endure.

Now, here’s how people are responding to that…

Sorry to ruin your Friday, but @MeghanMcCain’s last day is August 6. Hoping it was today, but not so. 😳🤮😩

when you get too excited thinking it’s Meghan McCain’s last day on #TheView but it’s really august 6th… I don’t even watch this everyday but when I do she pisses me off I could only of hoped it was her last lol pic.twitter.com/Y6uXkSb7T6

There seems to be a lot of confusion about Meghan McCain's final day on #TheView, so to clear things up: Meghan's last episode will be next Friday, August 6, the season finale.

We have to wait another week? pic.twitter.com/eto9jdch6a

I thought Meghan McCain's last day on #TheView was last Friday. Then I heard it was this coming Friday. Now I find out it's August 6.

This like that time my mom & cousin walked my friend & me to McDonalds and told us it was just around the corner, but was really 1.5 miles away.

UGH thought TODAY was that awful @MeghanMcCain's last day on #TheView. We are still stuck with her for another week or more. God knows how many unhinged lies she will spew in her last 5 days. pic.twitter.com/6ISygiuQlC

Earlier this week, McCain announced that she’ll be turning her attention away from political punditry and will instead focus on producing “legendary” made-for-TV movies.