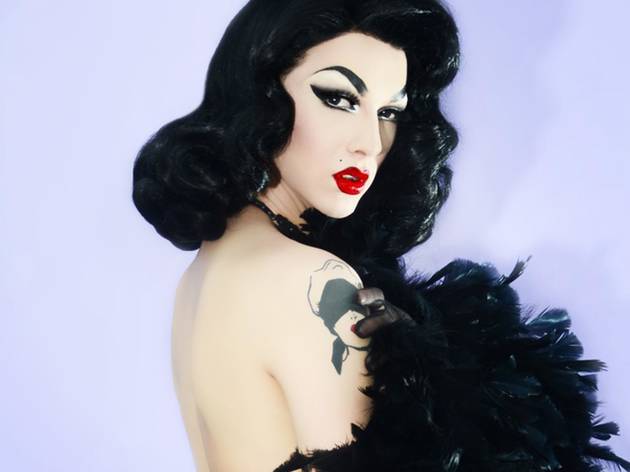 I was just physically dragged out of le depot in Paris for not being masc presenting enough. I'm in shock and disgusted. ??fuck the French

“I was just physically dragged out of le depot in Paris for not being masc presenting enough,” Chachki wrote. “I’m shocked and disgusted. Fuck the French.”

Chachki was in Paris for Fashion Week and attending a party at Le Dépôt, which operates both as a club venue and a sex club.

In the below video taken by Chachki and broadcast live on Periscope, you can see her arguing with staff just after being ejected from the club:

THIS ISN'T MY USUAL POSTS BUT ITS IMPORTANT. Violet Chachki has been assaulted and thrown out of the LE DEPOT gay bar for being too femme. Here is the video.#Justiceforviolet #resistmachoism

Posted by Primadonna on Saturday, September 30, 2017

It was a fashion week party. At a club that has dark rooms downstairs for sex. I was there seeing 3 friends that were performing/dj. I wasn’t in drag but I had makeup on. I met someone there who also had makeup on but was obviously male bodied but very feminine. We tried to go downstairs to the sexy part when like 4 guys picked us up and dragged us out of the club.

Since news of the shocking incident spread on social media, fans have bombarded the Le Depot Facebook page with outrage. In addition, photos and gifs of Chachki have been posted in every nook and cranny of the club’s Facebook page.

“Throwing Violet Chachki out, one the most know queens of RuPaul’s Drag Race, BECAUSE SHE LOOKED TOO FEM, and while there was an inclusive fashion show inside, is totally UNTHINKABLE and OUTRAGEOUS for a so-called gay clun. No parisian queen will come again to your place. Your Masc4Macs culture and you are OVER.”

“This makes me sick to my stomach. Pardon my French but, fuck those people,” wrote one commenter.

Another wrote: “It’s gross that even in our own community we still have people that look down on being too “feminine” to the point where these people cannot have them in their presence and have to get them kicked out of the club. I get it, everyone has their own preferences and shit, but apparently they are some people so disgusted by it they have to literally get it removed from their view.”