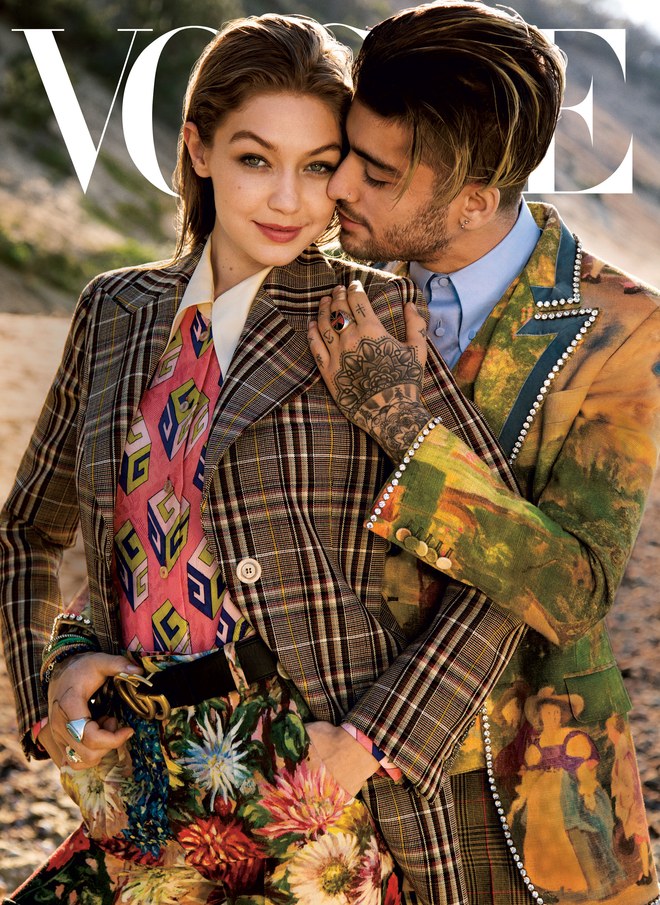 Outrage of the hour: The latest issue of Vogue features Zayn Malik and Gigi Hadid on the cover; and touts their relationship as “part of a new generation embracing gender fluidity” in the headline.

The reason? Sometimes Zayn borrows her clothes. The story — which opens with a long evocation of Virginia Woolf’s Orlando — writes that “Gigi Hadid and Zayn Malik snuggle in interchangeable track suits.”

For these millennials, at least, descriptives like boy or girl rank pretty low on the list of important qualities—and the way they dress reflects that.

“I shop in your closet all the time, don’t I?” Hadid, 22, flicks a lock of dyed-green hair out of her boyfriend’s eyes as she poses the question.

Hadid nods vigorously. “Totally. It’s not about gender. It’s about, like, shapes. And what feels good on you that day.

As you can imagine, Twitter denizens think it’s a considerable stretch to describe either of them as gender fluid:

Vogue really got Zayn and Gigi to do an article on Gender Fluidity? pic.twitter.com/pOuRS6l7w6

are vogue's arms tired from the reach that is the "gender fluidity" issue with gigi and zayn on the cover just both in suits. pic.twitter.com/5NwRuWWQ4B

Zayn and Gigi are profiled in this piece on gender fluidity because… they borrow each other's clothes sometimes? https://t.co/ItswHOaBUd

doesn't vogue think non binary/gender fluid people would have been great to talk to abt gender fluidity? not gigi hadid and zayn malik?

Why the fuck is Vogue praising Zayn and Gigi for "gender fluidity" just because they borrow each other's clothes? LMFAO. I can't.

Me reading that Vogue article talking about Zayn and Gigi embracing "gender fluidity" because they wear each other's clothes sometimes: pic.twitter.com/OcZZ2H1ZP2

Soooo Vogue picked Gigi and Zayn…who are both cis…to do a feature about gender fluidity? pic.twitter.com/pm30RQ2b6d

Was there really no other reason Vogue could think of to put Gigi+Zayn on the cover than making gender fluidity about them sharing clothes?