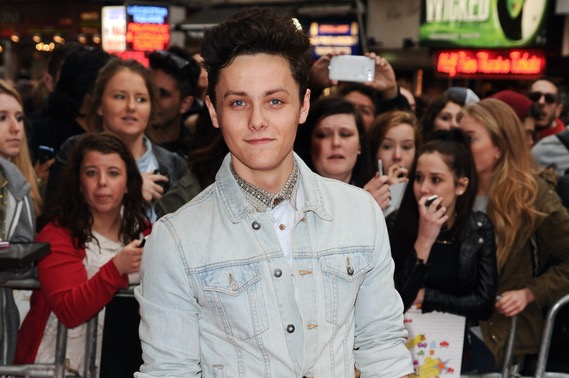 British actor Tyger Drew-Honey once said he was “insulted” to discover that 80% of people assume he’s gay. He very quickly went on to explain that his views have changed as he’s realized being gay is 100% OK. Then he did a full drag makeover. It’s safe to say he’s become an ally.

We wonder, then, if a flasher Drew-Honey recently confronted on camera was among that 80 %, or whether the man even cared about anything but airing himself to any old passerby.

He chose the wrong victim, however. The 23-year-old star of Outnumbered says after he noticed the man pleasuring himself in the young actor’s direction, Drew-Honey whipped something else out — his cell phone — and confronted him directly.

Related: Gay deliveryman seeks advice about cruising on the job

In the video, taken on a beach in Spain, Drew-Honey says: “I’ve just been flashed by this guy on the beach.”

The man demands Drew-Honey stop filming, to which he replies: “Yeah mate, well you need to stop walking around on the beach flashing young men.. ‘This man just flashed me. I have officially been flashed.”

Speaking about the experience later, Drew-Honey said the man had been following him for quite some time.

You can watch part of the confrontation, in which the flasher’s face has been blurred, below: