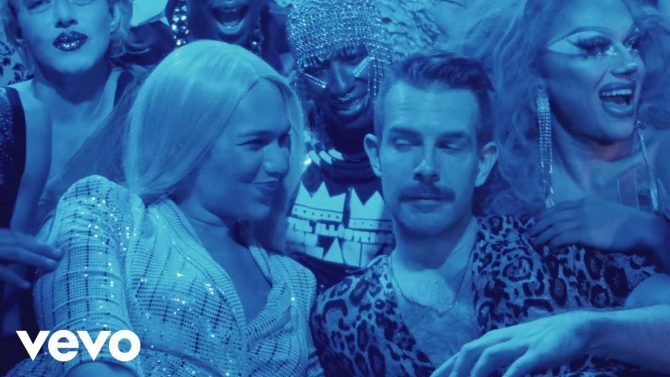 The Welsh mastermind has released a new single–“This Was My House”–that reminds us nightlife is still vital, as is letting out some creative output from the confines of home.

Thomas has described the track, and accompanying video, as a “love letter to the LGBTQ community” and its safe spaces, which have too often been forced to shutter in recent years.

“This Was My House” is the first track off his new album Fun City, which will be available sometime in the fall.

Thomas had this to say about the video:

“Because the song is about the LGBTQ+ community and our safe spaces, I wanted to fill it with as many people from the community as I possibly could. I was thrilled to have Bill Coleman in the video. He’s an amazing music figure who worked on things like Deee-Lite’s records, the Party Monster soundtrack but most importantly the Party Girl soundtrack, which is hugely influential on the production of the track. The cast are a glorious mix of human rights advocates, party planners, party goers, bartenders, creatives and entrepreneurs who all make the tapestry of the NYC LGBTQ+ world so rich. I’m so grateful to them all for lending their talent, time and passion to my video. I made it with director Tyler Jensen, a long-time friend who recently made the incredible Scream, Queen! My Nightmare On Elm Street documentary about the homophobia surrounding Mark Patton on Nightmare on Elm Street 2.”