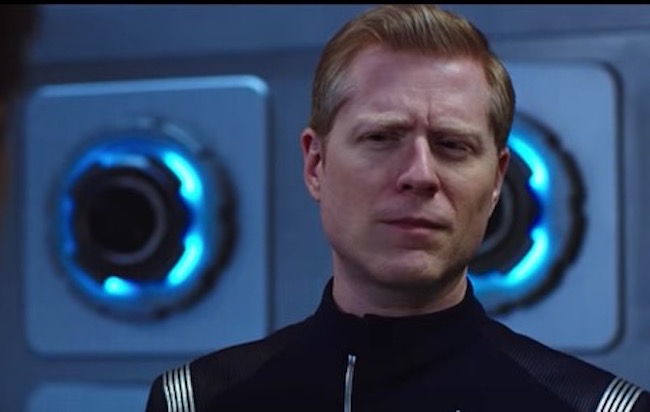 If this clip is any indication, outer space will soon be all aswirl in officious, bureaucratic hall monitors.

Star Trek: Discovery, the new interstellar CBS All Access show, released a teaser clip that demonstrates just how uppity and vaguely unpleasant the galaxy can be.

Actor Anthony Rapp is prominently featured, playing some sort of intergalactic, inherently punchable higher-up who clearly enjoys shearing through steely corridors with a great sense of purpose, occasionally turning around to look at an underling askance, be overly difficult, and possibly even ferocious.

Rapp, speaking to Entertainment Weekly, recently revealed what an honor it is to play a gay man whizzing through some distant solar system in an extremely big spacecraft:

And here’s how that goes: