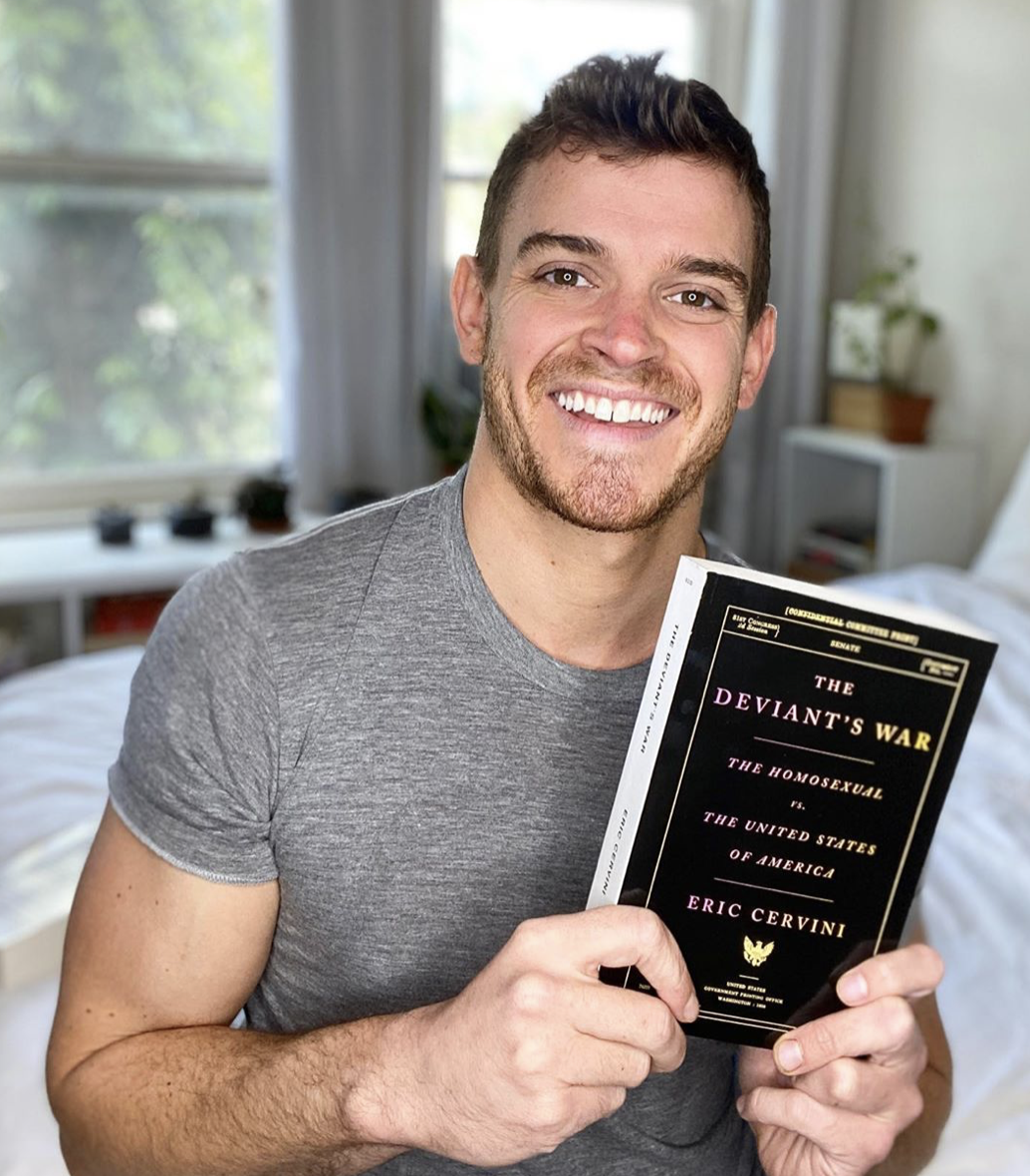 Dr. Eric Cervini is an award-winning historian of LGBTQ+ politics and culture. He graduated summa cum laude from Harvard College and received his Ph.D. in history from the University of Cambridge, where he was a Gates Scholar. This summer, he published his first book, a New York Times Best Seller, The Deviant’s War, The Homosexual Vs. The United States of America. Tammy Baldwin called it “an important contribution to making our nation’s history whole and truthful,” and Garrard Conley, author of Boy Erased, called it “equal parts inspiring and sobering” and said it should be “required reading for queer people and straight allies.”

Somehow he has also found time to launch a video series where he interviews notable members of the LGBTQ community about today’s most pressing issues and shares fascinating bits of our history you’ve probably never heard before.

PLUS, he and his boyfriend Adam (and their dog) are cute on Instagram. Here’s exhibit A:

“Perhaps home is not a place but simply an irrevocable condition.” -James Baldwin, Giovanni’s Room, 1956

Take a look at some video highlights below, including chats with Jacob Tobia, Eliel Cruz, Aria Sa’id, and Edafe Okporo. Learn more about Eric here, on his Instagram, and his YouTube.

Subscribe to Queerty for a daily dose of #politics #ariasa'id #dr.ericcervini stories and more