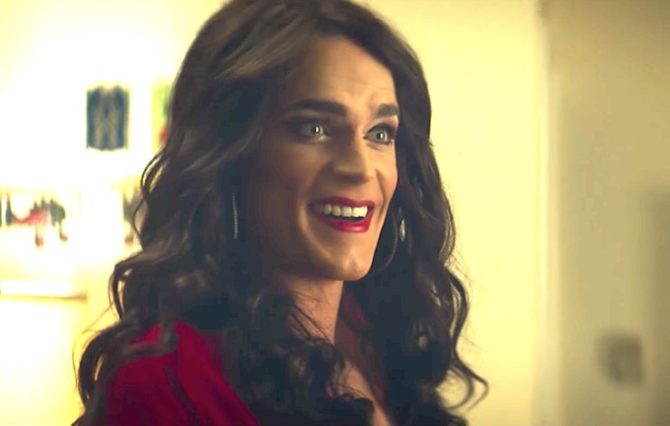 Many members of the transgender community have questioned the casting of a cis-male actor for the role. Bomer joins the ranks of Jeffery Tambor, Jared Leto and Eddy Redmayne as men cast to bring trans narratives to the screen.

Executive producer Mark Ruffalo says he wanted Bomer for the part after a “profound experience” working with him on HBO’s production of The Normal Heart.

Related: Buck Vu of ‘The OA,’ and 10 other totally awesome transgender characters that rule TV

The story involves a man named Early Landry (John Carroll Lynch) who moves to Los Angeles after his wife passes away to live with his overly protective sister (Maura Tierney). He eventually flees in Hollywood to get away from her.

There, he quickly gets smitten with his neighbor, Freda (Bomer), and they slowly begin to carve out a remarkable new relationship — but first, they must confront their complicated pasts before embarking on a future together.

Watch the just-released trailer below: