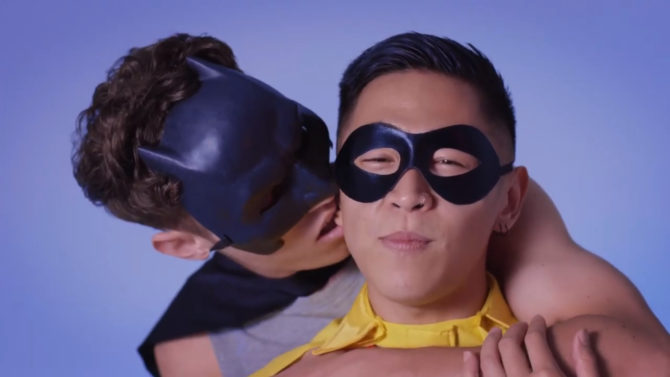 Meet TIN, the Australian singer-songwriter committed to making a career in pop music, and to bringing a hearty dose of gayness to the music scene.

TIN has helped elevate himself as a musician through his unapologetic use of gay imagery in his music videos. He also loves to gayify pop cover songs, such as the Spice Girls’ “Viva Forever.” His video for that cover song includes scenes of him running through the forest in a ball gown and a leather harness.

Related: Lance Bass hints there’s more to the #FreeBritney situation than you realize

Now TIN takes on *NSYNC, the famed boy band of the late 90s and early 2000s, which already had a dash of gay thanks to group member Lance Bass. The members of *NSYNC have also pointed out the ultra homoeroticism of some of their costumes and performances, courtesy of closeted music svengali Lou Pearlman.

TIN’s video for “Bye Bye Bye” finds him in a cuddle puddle of lean young men, making out with other handsome men, and grinding erotically with said group. He and his backup twinks also dress in a variety of skimpy costumes, including Batman, Robin and Pikachu.

Oh, and at one point, he licks the armpit of a fuzzy gentleman. So, there’s that.

Have a look. Personally, we could go for more ultra-gayness in our pop music. A lot more.