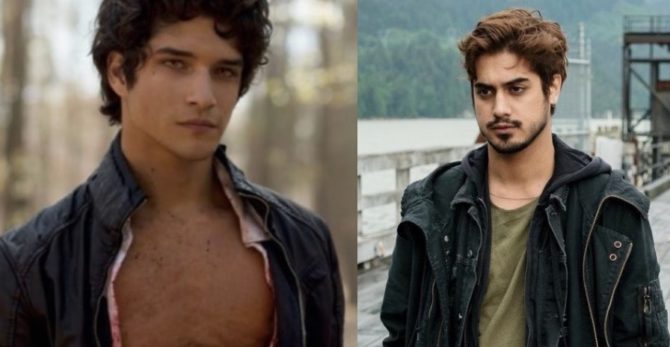 Last June we learned that Teen Wolf heartthrob Tyler Posey was set to embark on a glorious new chapter of his career — playing the boyfriend of fellow heartthrob Avan Jogia.

Well, now there’s an official trailer for Now Apocalypse, and it involves an alleyway romance between the two stars. Romance isn’t dead after all.

In the show, the two match on a dating app in Los Angeles, but Jogia’s character, Ulysses, grows “increasingly troubled as foreboding premonitory dreams make him wonder if some kind of dark and monstrous conspiracy is going on.”

Related: Tyler Posey Confirms: “I Have A Grindr Account”

W magazine wagered that “Now Apocalypse could be extremely dark, extremely funny, or both, if [Greg] Araki’s previous work—like Mysterious Skin, his 2004 drama starring Joseph Gordon Levitt as an abused sex worker, and Smiley Face, the 2007 stoner comedy starring Anna Faris—are any indication of the tone of the coming-of-age series.”