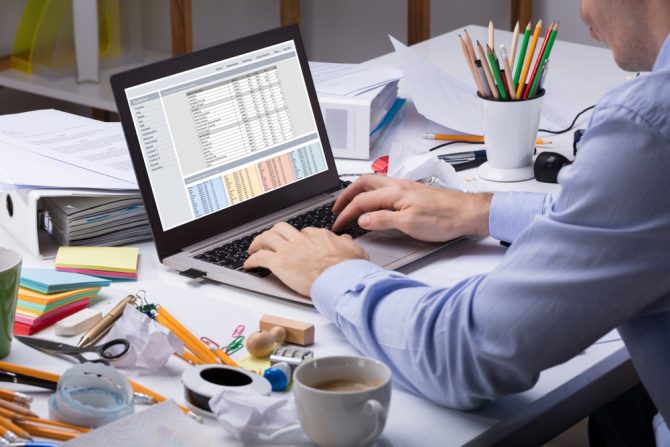 A Queensland man claims his human resources manager made unwanted sexual advances, including saying he would “turn him gay,” sent him x-rated photos of himself, and engaged in other creepy behavior for months on end.

Cade Morrison claims Vaughn Amete, the HR manager for Harness Energy Services, offered him he a pay rise… if he agreed to date him, the Courier-Mail reports.

“If you want a pay rise you’ll have to take me to dinner,” Amete allegedly said, adding that he has “69 other people waiting for work.”

In a lawsuit filed this week in the Federal Circuit Court, Morrison claims Amete also asked him to share a bed and introduced him to others as his “partner.”

As time progressed, Amete allegedly began sending Morrison x-rated photos of himself in an ettempt to “turn him gay.”

“I will turn you,” Amete said, according to court documents. “I can turn anyone.”

Things got especially creepy when Morrison discovered Amete has used photos of him to create a screensaver on his computer and began adding appointments to Morrison’s work calendar for things like “movies and cuddles,” “your dessert,” and “date dinner.”

“When I stood up for myself, I was subjected to verbal abuse and even threatened with my job,” Morrison says. “If I ignored the harassment, it would just get worse.”

Things finally came to a head when Morrison flat out rejected Amete’s advances. The manager responded by becoming irate and allegedly called him an “ungrateful c*nt!”

“Throughout the ordeal, I felt as though I had been pushed into a corner,” he says, adding that the harassment went on for months.

Morrison is now seeking $260,000 in damages, including for lost wages and emotional suffering.

“I believe it’s important that all victims of sexual harassment, whether male or female, know their rights at work,” he says.

“By standing up for myself, I hope I can make a difference.”

Related: What do you do when your evil ex-boss hits you up for sex?