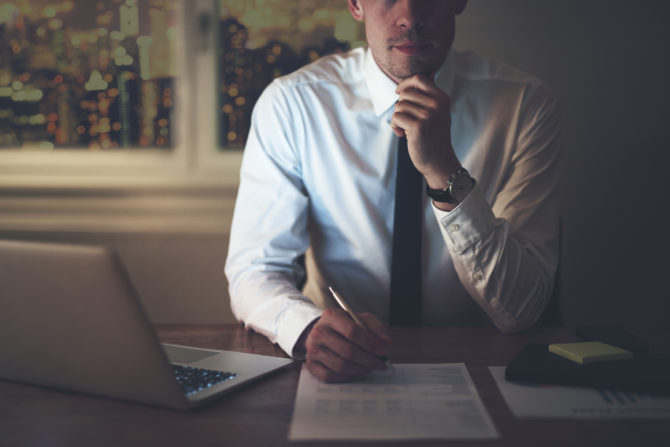 What do you do when your evil ex-boss contacts you online for sex? That’s what one guy wants to know. So he’s asking advice columnist Deirdre Sanders for wisdom and guidance.

“I am a gay guy of 23 but I’ve only just come out,” the young man writes. “My former manager is suggesting he be my first sexual experience but I’m nervous.”

He goes on to explain that he’s never been in any kind of relationship before and just recently joined a gay dating app.

The young man says he has “no bad feelings” towards his ex-boss today, who he says was a lot more friendly towards him on the app than when they worked together. Go figure.

He continues, “He sent me his number and said to call if I needed to chat or to try things. Now he suggests meeting for sex. I told him I was scared and had never done it before. He said it would be easier with someone I know and I will learn from him.”

Now he wonders: “Is he correct or will it be easier when I have found the right person?”

In her response, Deidre does not mince words when expressing her feelings about the young man’s former employer:

“I am very wary of this man’s motives,” she writes. “Tell him no and break off contact with him.”

Dating sites, she adds, can be “useful” when it comes to meeting certain, ahem, needs. But until he learns to truly love himself, he’s only going to get hurt.

“But you need to build up a social life to get confidence and be able to judge what’s right for you,” she says.

What do you think? Should this guy tell his ex-boy no and break off all communication, or should he give him a chance to make up for all those times he made his life a living hell at work? Share your thoughts in the comments…