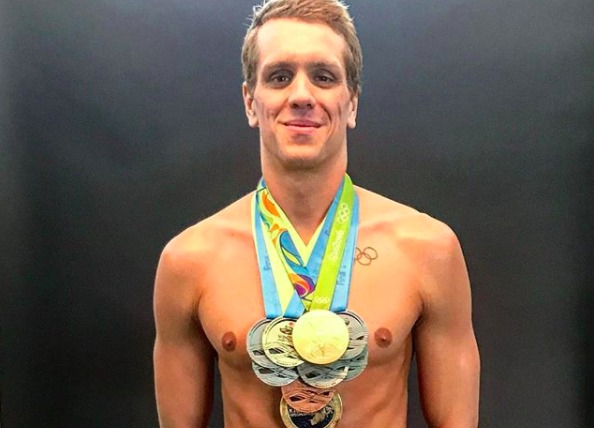 Olympic gold medalist Tom Shields has issued an apology for making a homophobic joke on his Instagram page over the weekend.

On Saturday, Shields posted a picture of his new toe shoes to his Instagram story along with the caption: “Gay or next gen?”

Since the post was shared as part of his story, it was only up for 24 hours before being automatically deleted, although Shields claims he actually deleted it sooner than that after having second thoughts about it.

Still, a Queerty tipster grabbed a screenshot before it disappeared forever: 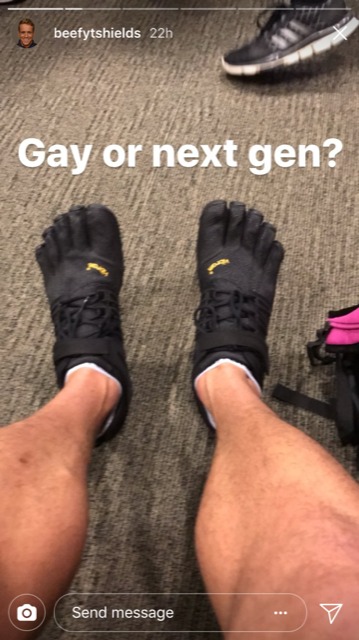 After we broke the story, Shields quickly responded by retweeting our story and issuing an apology on Twitter:

Ok. I said this. It was wrong. I’m sorry. Grew up using this as term for social control. Not an excuse. It doesn’t matter what I meant, it associated a great community with being “less than”, all that mattered was any pain I possibly brought into people’s lives. For that I’m sorry

He also reached out to us directly. Here’s what he said:

I am not defending myself from criticism regarding my use of the term in a way that perpetuates stereotypes, causes intense pain for those growing up, who are struggling with their sexual identity, or any other damage it might cause. The criticism that I let the voice in the back of my head from “when I was in fourth grade” dominate my actions is right on point. I have never really stopped to think, or hear, about what that inner dialogue must be from a homosexual person’s perspective, only mine.

Shields went on to explain that he’s had a number of people contact him on social media to express their frustrations over his post. One, in particular, really stuck with him:

Yesterday, one of my followers on Instagram told me about a youth he works with. I don’t want to give away any specifics, as I don’t want to shift focus away from my actions, but this person told me about how what I said made that young person feel. They looked up to me, and they have been struggling with their identity for some time. So where in my head these terms are just merely a synonym for “not behaving like one of the pack” or “haha got you!”, for others it can cause deep-seated emotional distress.

One of the main criticism’s I’ve received is that I don’t “get it,” through my twitter-apology or my actions. I guess in a sense I agree. I am a very fortunate person. I may have faced some harassment in my life (young boys tend to not take too kindly to those that shave their whole bodies, for example), but it most likely pales in comparison to the amount of abuse and societal pressures put on LGBTQ people. So in that sense, I agree, I will never truly “get it.” I hope I have shown I have sympathy, and wish to continue to grow that sympathy.

He concluded by saying:

I am truly sorry for any pain I have caused. I do not want to bring any harm to anyone, so I will do my best to identify what language brings that harm, and avoid it in the future to more effectively convey myself.

Hey, we all make mistakes. It sounds like Shields has definitely learned from this one.

What do you think? Apology accepted? Let us know in the poll below.