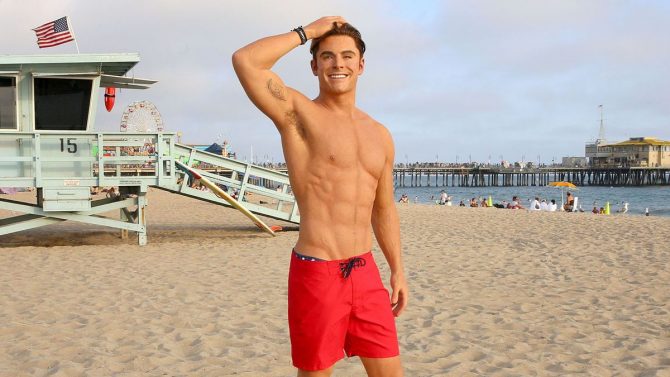 Zac Efron recently sat down with Sean Evans, host of TruTv’s Hot Ones, a game show where celebrities are interviewed while shoveling progressively spicier chicken into their mouths.

During the interview, Efron talked about his ripped Baywatch body and how he never wants to be that fit again.

“That was actually a really important time to do Baywatch because I realized that when I was done with that movie, I don’t ever want to be in that good of shape again,” Efron told Evans.

THERE IS MORE TO ZAC EFRON THAN HIS BODY ?

The 32-year-old continued, “It was so hard. You’re working with almost no wiggle room, right? You’ve got things like water under your skin that you’re worrying about, making your six-pack into a four-pack. Sh*t like that… It’s just stupid.”

Looking back, Efron said he was grateful for the experience and he’s proud of himself for being able to do it, but it would take a lot to get him to ever do it again.

Zac Efron talked about how his Baywatch body was overrated and he never wants to be that ripped again. An unlikely advocate for round Kings, but we appreciate his voice

This isn’t the first time Efron has talked about having the picture perfect beach bod. Last year, he told Ellen he didn’t want men to look at him in that movie and think having that sort of body was realistic.

“For guys, that’s unrealistic, I’m telling you,” he said. “I got very big and buff for that movie, but I don’t want people to think that’s the best way to be. Like, be your size. Like, I don’t want to glamorize this.”