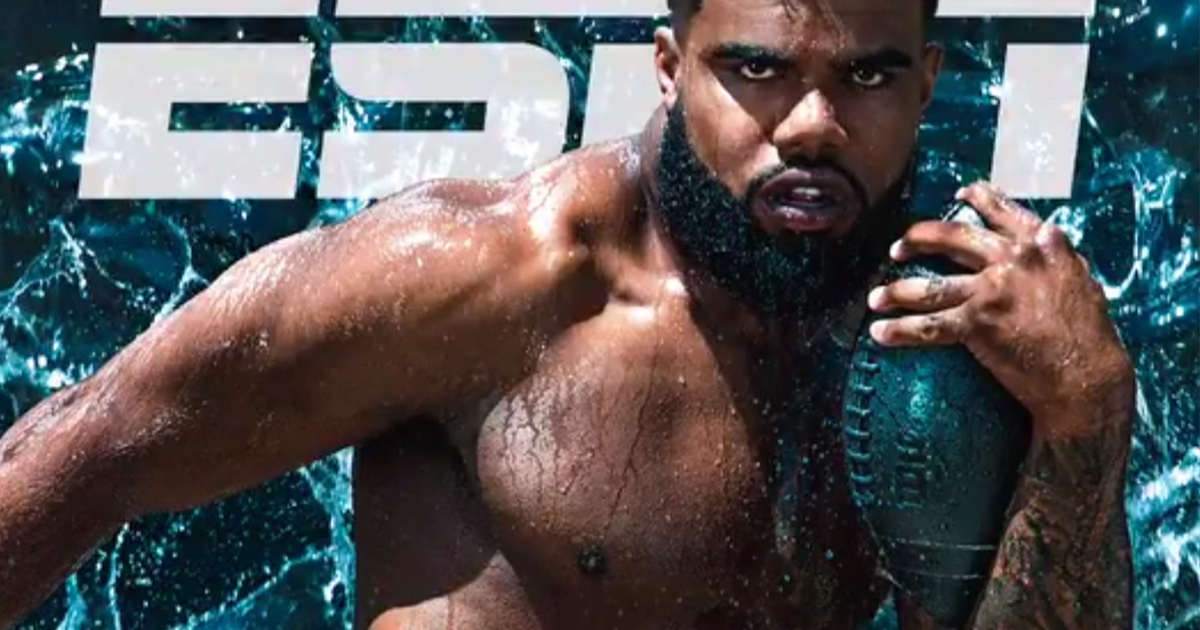 The cover of ESPN’s latest body issue featuring Dallas Cowboy’s running back Ezekial “Zeke” Elliott has a number of homophobes clutching their pearls. It seems the guys can’t seem to handle his naked body.

You can now add "cover boy" to Zeke's resume. pic.twitter.com/DSS8r0Jzef

Within minutes, insecure straight dudes started having panic attacks over it:

You can now add "Homosexual" to his resume…

SPORTS. THE S STANDS FOR SPORTS. NOT STRIPPERS

Didn't need to see this before breakfast

Zeke the goat but I gotta unfollow espn. Videos of ITs ass and now this?

Get this off my tl

Thankfully, plenty of other people were quick to point out the absurdity of it all…

Just because it turned you on doesn't make him gay.

The straight man replies to this image are hilariouuuuuuuus! https://t.co/0y9h2Lj8WE

Some folks are scared & have discomfort on looking at the naked body (especially of the same sex) even as an art form. Oh well, not me!

Love how many dudes are responding to this saying "gay". Just because YOU'RE attracted to him doesn't make him gay sis.

All we have to say about the matter is…