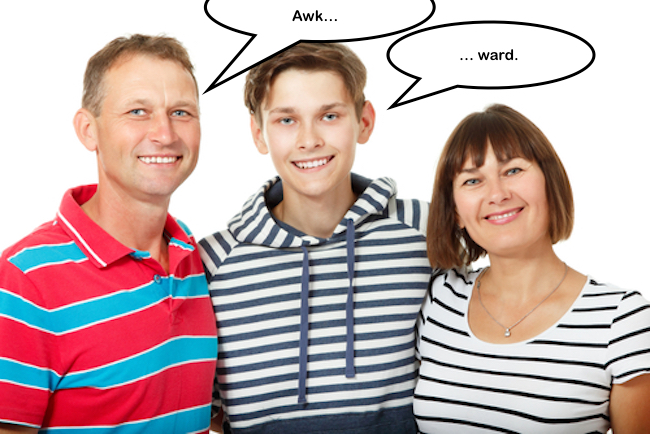 Imagine if, as a teenager, you finally worked up the nerve to tell your father you’re gay — and he turned around to confess that he’s gay, too.

That’s apparently the plight of a 17-year-old Redditor named benkodenko, who packs an admirable amount of drama into a relatively short post asking the community for advice:

So I turned 17 couple of days back and I told my dad that I’m gay. To my surprise, my dad took it very positively and looked happy. That evening he told me he’s gay too, always been. He says he never cheated on my mom with a guy and got married due to social and family reasons.

Should we tell my mom, what to do?

Needless to say, his message has generated plenty of responses.

“Sounds like something he needs to decide for himself,” says daisydevlin.

“Usually when you’re married with children and have a house together, cars, pretty much built a life together, it could do some serious damage. I reckon you talk to your dad about it and see what he thinks and where he stands.”

“I think your dad has already shown you the secret to life,”Averagejohnsie76 says.

“Being happy is choice. You will always find people who don’t like what you do. You will always have to do things you don’t want to do. Things won’t always turn out the way you would like, but choosing to be happy is what will make you happy.

Unless he has outright said ‘I’m unhappy’ then he has chosen to be happy in the lifestyle he is leading.”

“It’s not just up to the husband,”rhgreene says.

“The wife has a right to know the truth about her marriage and decide to be a part of it too. It sounds like he hasn’t cheated, but he has kept this secret from her and he married her while withholding information, which she had a right to know about before spending the rest of her life with him.”

“The decision is ultimately your father’s,” says KuNTmuffinn, “but I personally think it’d be cruel for him to just flat out never say anything.”

“If he can tell you his true feelings, he’s man enough to tell your mother, too. I wouldn’t keep your mom in the dark about this.”

“He hasn’t been unfaithful, so no,” say siraphine. “It’s not your job to come out for someone else.”

What advice would you offer this young man? Should he out his father, or come out to his mom and stay mum about his dad? Sound off in the comments below… 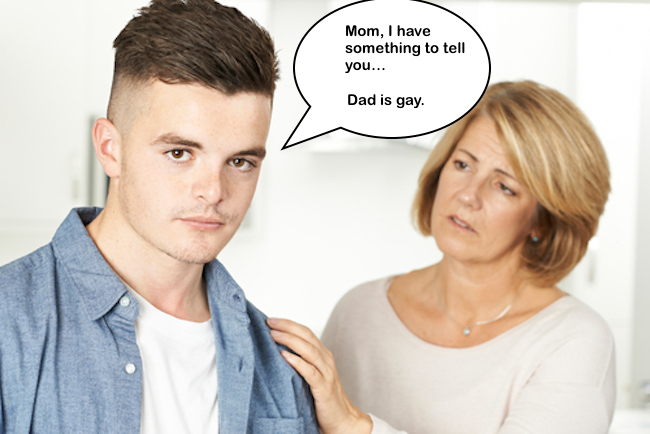